Home » Blog » A NickName a Sign of Affection and Love
As an Amazon Associate I earn from qualifying purchases.

When I was pregnant with my first son there was really no decision when it came to boy names. My husband wanted a junior (I was just thankful that I liked his name). I was so positive that I was having a boy I didn’t think we would need our girl name we picked out, Alexandria. I had an ultrasound early on and my doctor would not do one when it was the time to tell the gender. I did have another ultrasound at 41 weeks (since I was overdue). Silly me after waiting all that time went ahead and decided to find out the gender (yeah crazy I know). At first she said she couldn’t tell but if she had to guess she said she thought it was a girl. I felt so strongly about it that I told her she was mistaken. Turns out that mother’s instinct’s are pretty strong. 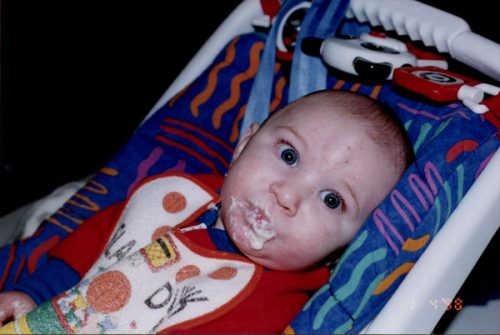 My Christopher was young my husband nicknamed him Bud…and it stuck. We call him Bud probably more than we call him Christopher. As his little brother got older he expanded on his nickname and instead began to call him Budster. So Bud became Budster for about 4 years until my youngest son got into school. Once he was in school and was around kids that became to call him Chris he started calling him Chris or Christopher. Now fast forward 6 years and along comes a little sister. Most of the time we still call him Bud at home but when she got older she also changed his nickname. She changed it to Bubba.

So this one little boy who was born Christopher, Jr. Is affectionately known as Bud, Budster, Bubba, and often times Buddy. At this point he pretty much answers to anything! 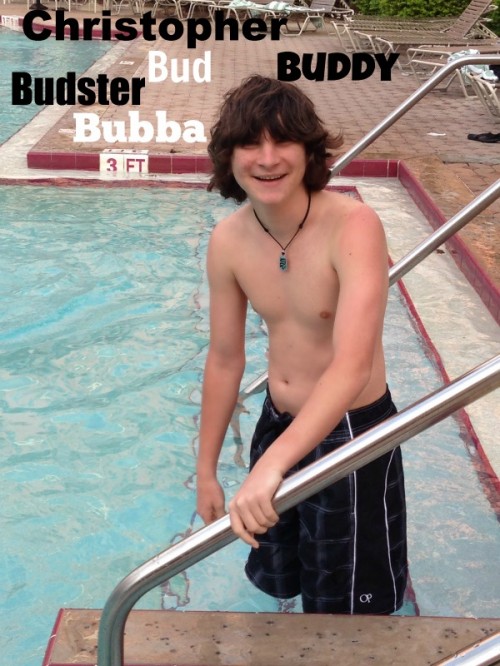