Home » Lifestyle » Events/News » AT&T Mobile Safety What Parents Should Know and Do
As an Amazon Associate I earn from qualifying purchases.

It seems each year children are getting phones at a younger age. Not just any phones either but sometimes smartphones. Phones open up a whole different set of considerations for parents. I recently had the chance to attend a very informative webinar about mobile safety for teenagers. Some of the concerns of parents include: bullying, privacy, texting while driving and others.

The Mobile Safety program by AT&T was established to help educate parents on mobile safety and to provide resources for parents. AT&T surveyed 1000 parents and 500 kids ages 8-17 about mobile safety. You may be surprised about some of the results.

What age to you think is the right age for a child to get a phone?

Personally I don’t think there is a right or wrong age. I think as a parent you know your child and when they are ready for the responsibility. While a survey can not tell you the correct age the average age according to the survey is 12.1. My oldest son got a phone between 12-11 when he was entering middle school. My youngest son was 8. My daughter is 7 (today) and already wants a phone. However we are not planning on getting her one for a while.

Does your child have a smart phone? Would you be surprised to know that 34% of children with phones own a smartphone? 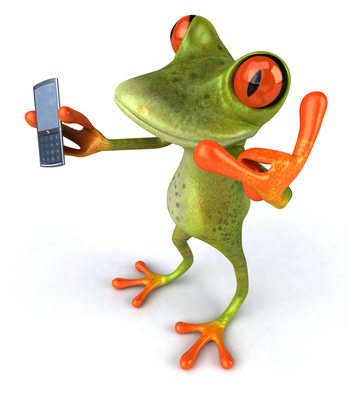 As a parent I worry about a lot of things, but when your children have phones you have another whole set of worries. Both of my boys are not “huge” phone users. However I worry about them talking to strangers or getting or sending inappropriate text messages. Turns out I am in the majority with other parents.

What is more surprising is not what parents are worried about I think as a parent you would agree these sound like legitimate concerns. What may surprise you is the answers children gave when asked about the concerns of their parents.

These means are worries are valid worries, not just parents worrying over nothing. One way parents can monitor some of these concerns are rules regarding the cell phone. However some parents don’t want to be that strict and give their children privacy and freedom. You might also be surprised to know that of the 500 children surveyed 90% were OK with having rules regarding their phone.

2 out of 5 children say they had not heard from their parents about mobile safety. I wonder what my children would say? As a parent I would say I have spoken to my children. I’ve explained that I do not want them to answer numbers they do not know. That I as an adult do not answer numbers I do not know. If someone needs me they can leave a message. I’ve explained that under no circumstances do you give out important information to anyone (address, where you are, etc.). My biggest fear is text messaging. I have told my boys that they should text message just like they talk, that you can not hide behind a message just because it is a text and you are not face to face. You should treat the person on the other end with respect. For the longest time I had the internet shut off which means they could not receive photos. They now have this ability. I have explained to them why they need to be responsible with their photos.

AT&T has put together a variety of resources to help parents. From learning what other families are doing through videos, or downloadable tip sheets, the website at http://www.att.com/familysafety has a wealth of information available to anyone who is interested.

Despite the concerns that I have as a parent with my children having cell phones I feel the benefits out weigh the risks. My children received cell phones more for me then for them. When my son had to leave the home on his own to catch the bus I wanted him to have the ability to get a hold of me should he get locked out, run into trouble, or for any other reason. Texting has become a way that my entire family stays in touch. I find that my children, because they have a phone, will call me to check in and let me know where they are.

I know that as I child I grew up without a cell phone and I survived but just because I didn’t have one and survived doesn’t mean my children should not have one. Times have changed, you have to decide what works best for you and your family. Just remember that you also need to be responsible and teach your children to do the same. We can not shelter them but we can teach them. I love the idea of the AT&T Mobile Safety program and its commitment to helping parents do just that!

Disclaimer: I was compensated for my time. All opinions are my own. You may read more of my disclosure here.

« Twitter Party #GivingTuesday 11/1 12pm EST
Happy Birthday to My Not So Little Girl! »