Home » Blog » On The Way : The Biggest Loser Finale (LA Trip Part 2)
As an Amazon Associate I earn from qualifying purchases.

After our long and much delayed trip to LA, not to mention the American Airline Fail, my husband and I finally arrived at our hotel around 8:30 pm PST.  Thankfully there were no problems checking in and we had already alerted the company that made our travel arrangements (big thanks to Dana) about your delay.  We headed to the elevator and who stood right before us chatting was Austin.

It was at that moment that I realized that the Biggest Loser contestants were indeed staying in our hotel.  The public relations company had mentioned an after party at the hotel however I did not realize at the time that, that meant the contestants were staying at the same hotel.

We woke up pretty early Tuesday morning still somewhat on EST at 6:45.  We decided to get up and go ahead and get ready and head down for breakfast. Our hotel stay included a full breakfast each morning.  We stayed at the Sheraton Universal.

We had to be ready to leave for the show at 12:45 so we only had a little bit of time to roam LA. Since we didn’t have any mode of transportation we decided to go to City Walk and do some shopping. Have I mentioned that California has a lot of hills? Our hotel was on a hill, and City Walk was at the TOP of that hill. Our walk to City Walk was more like a climb.  Living in Florida City Walk was not really a “new” sight for us since we have visited Universal several times in Orlando.  We did some souvenir shopping and headed back to the hotel with lunch to rest before we headed to CBS Studios.  We only ran into one glitch and that was that the time had been changed to 2:00 pm. So we ended up hanging around the hotel for longer then had planned. 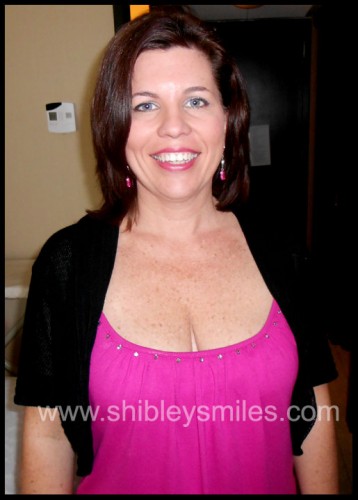 Two o’clock finally rolled around and we headed off to the CBS Studios. Once we arrived we had to check in and sign a release form then wait in line. We were hopeful of our seats as our piece of paper said section A seat 2, however I knew that didn’t really mean anything. While waiting in line we began to see a lot of previous season contestants waiting as well. Just to name a few we saw, Sunshine & O’Neil (Season 9) , Sam & Stephanie (Season 9), and many others including the families of the current contestants.  However my husband’s favorite “celebrity” sighting was Matt Hughes a UFC Champion.

We arrived at the Studios around 2:15-2:30. We had to stand outside until about 4:15 when they finally started escorting people inside.  Seating in section A meant we were one of the last sections to be seated.  The only thing I forgot to mention about California was that it was COLD, or least cold to this Floridian who only brought flip flops and open toed shoes. I believe it was 60 degrees when we got in which compared to our 85-90 in Florida was cold.  It wasn’t so cold during the day in the sun but it was definitely nippy in the evening when the sun went down. I’m sure we were the only guest to actually ask the hotel to turn the heat on in our room.

Tune in tomorrow for a behind the scenes take of the taping of the Biggest Loser Finale.