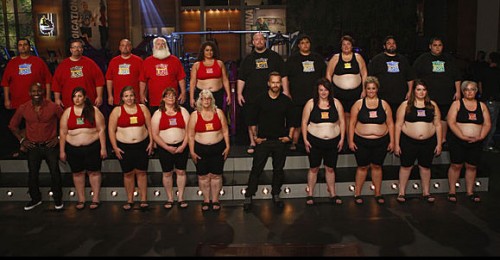 Photo from The Biggest Loser

I know a day late and a dollar short but Biggest Loser comes on at the same time NCIS comes on so hubby and I watch NCIS on Tuesday and saved Biggest Loser for tonight. When I found out Season 13 was coming on this week I said we have to watch it. It will be a perfect inspiration for the New Year’s Weight Loss. We missed Season 12 partially my fault because I was so busy and The Biggest Loser is hard to catch up on once you have missed a few.

Ok so I’ve prefaced with the fact that I missed Season 12 and I know this goes back to that season but I don’t care so I’m going to say it anyway.

Bob, Bob, Bob….Black? Come on you have always been BLUE! Now don’t get me wrong black is slimming and a powerful color (like red) but well….Bob is Blue! So really it should be red and blue.

First pet peeve, I absolutely HATE it when they bring people to the ranch and send someone home before they even get to stay a night. I mean hate it. It is like getting the kids excited about Disney World and then saying oh wait “you aren’t going!” The emotions that I’m sure the team that goes home feels just crush me! I know, I know they get a chance to come back but I just wish they wouldn’t start out the show that way I just am not a fan of it.

So they decided to split up the couples. My thoughts…well as a contestant I can really see being irritated by this move. As an outsider I can see the wisdom of both approaches. I do think that weight loss is a personal journey and you need to do it for you. You need to be the one pushing yourself and decider of your fate. You need to get healthy for yourself and in turn it benefits your family. On the flip side I think going through the process with a partner that is going to go home with you is a huge benefit. Either way they split it (pun intended) the couples are still in the same house and going through it together so the splitting of the couples was not a huge deal for me as a viewer.

So I was a little surprised at an all “male” trainer season. I don’t think it is a big deal but as a woman I can see how other women might prefer a female or feel more comfortable with one. So lets discuss Bob vs Dolvett. I have to say that BOTH are not hard on the eyes, but with that said I am definitely without a doubt a fan of…..

Yep rooting for his team 100%, no disrespect to Dolvett or the red team at all, however personal experience trumps everything. Not to mention having actually met Bob he is just so full of life and energy,  very inspirational. I can see how you would learn from him and feel like jumping over the moon because he told you, you could. Would love a personal training session…How about it Bob? Coming to South Florida anytime soon?

As for contestants it is too soon for me to have any fav’s. I have to get to know them a little bit before someone emerges as a favorite.

Ben Leaving: Honestly I don’t like it when a player ask to leave, especially so early. That being said I’ve never been in the situation so I can’t really judge. I told my husband if that was him (which it wouldn’t he doesn’t need to lose a lot of weight). I would have told him to get his a$$ back on the ranch. However I’m also not pregnant with nine kids. I’m glad to see he lost some weight at home, and is playing with his children. I hope to see “less” of him at the finale.

So what are your thoughts? Are you watching this season? 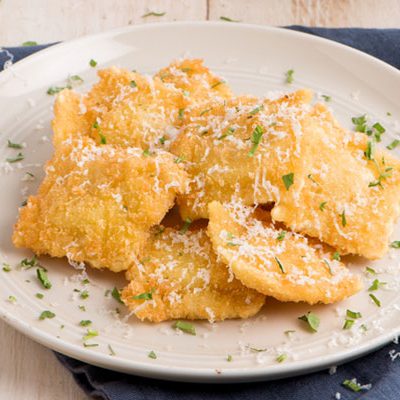