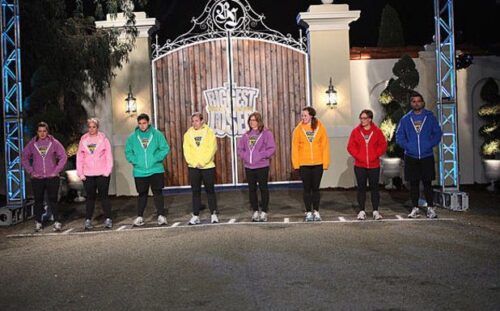 I honestly have been putting of this recap because I found the episode less the exciting. We all knew the contestant were coming back to battle it out for the final spot, it is what prompted the exit of Mark and Buddy. An exit that I’m still sour over. I really wanted to see the 5 final contestants fight it out until the end. We already knew that Jeremy had been eliminated and would be participating in the challenge with the previous contestants.

The first task for the night was to weigh in the previous contestants with the only 8 players moving on. The 8 players with the top percentage of weight loss would move on to a challenge phase. Those top 8 were: Jeremy, Emily, Megan, Cassandra, Mike, Chris, Lauren, and Kimmy. Both Mark and Buddy who took themselves out of the game were not eligible to return for a chance to become a finalist.

What I mistakenly thought was a Tough Mudder challenge, I must have seen a previous episode or a preview of something because I was way off base. Was an elimination challenge where the 8 players would compete in a leg and move on if they were in the top numbers. Immediately Chris was eliminated due to health reasons which is a shame that she took the place of someone who could have competed. Sorry I am NOT a Chris fan.

So the first challenge was a hundred yard dash. A lengthier version of the race on the first day. The first two contestants were eliminated Emily and Kimmy. I have to say at this point I’m totally shocked that Emily was out so soon she was such a fighter. Running must not be her thing is all I can figure. The next challenge was a puzzle, you had to put the food in highest to lowest calories. Jeremy was first to move on and at the end Cassandra and Megan were eliminated.

The finale challenge was endurance. You had to stand on a column holding a golden ticket overhead. The remaining contestants Jeremy, Mike, and Lauren, two of the very early contestants, were all fighting for that golden ticket the ticket to the finale. Lauren was the first one out and after many hours Mike finally dropped as well leaving Jeremy holding the Golden ticket and back in the finals.

I just found the whole “bring back the contestants” at the end not something I enjoyed. It was not a twist I was found of. Usually by the end we have our favorites and we have watched each contestants fight to stay in and it is hard to watch someone come back in after this length of time.

When it comes to next weeks finale I have to say my vote is for Kim. That said I don’t know how good her chances are, she doesn’t have nearly the weight to loss as Conda and Jeremy. If the two of them put their mind to it one of them can definitely take home the prize. If I had to chose between the two I’m going for Jeremy based on the fact that for the majority of the show I was not a fan of Conda. Though as a mother I can only imagine how that money could help her daughter. Best thing to do would be for the two of them to agree a head of time to split the money. Then it would just be who takes home the title.

So what were your thoughts? Who of the three do you want to see win? Any bets on the at home winner?