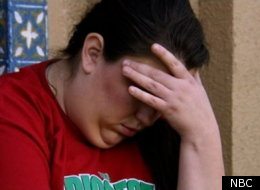 Week 4 of the Biggest Loser brought a week of no gym for one team and banishment for one team member. During this week’s “No Excuses” episode the excuse addressed was “I can’t get to the gym!” Now having been in the weight loss and fitness game for some time this is an excuse I banished from my own list years ago when I cancelled my gym membership. Magazines, television, and the internet have all but given us plenty of ways to workout inexpensively at home. However it is an excuse worth exposing.

Unfortunately the black team lost the challenge which consisted of answering questions correctly to avoid pits of mud. Sitting on the couch at home I didn’t fair any better then the black team when it came to the questions. What seemed liked easy questions left you with two answers that seemed very much the right answers.

Chris’ Meltdown: I’m not sure what is up this season with so many contestant’s going home. However I personally think the show was trying to cause a little drama by getting in Chris’ face. I don’t know what here issue was at the time but I think if left alone for a little she would have picked herself up and been fine. I can’t imagine how it would feel to have camera’s in your face 24/7 with little time to process your disappointments on your own.

Conda’s Banishment from the Gym: I think this was the right move on Dolvette’s part. As I mentioned in last week’s post I really believe there is an underlining issue with Conda that causes her to have the terrible attitude she has. Where is Jillian when you need her. I believe that when she starts to feel cornered or she doesn’t have control she gets nasty. I particularly did not care for her comments during the Chris meltdown.

Buddy’s New Baby: One thing I absolutely love about the Biggest Loser is they understand that though it is important to be on the ranch there are occasions that require our attention at home. I’m happy they allowed Buddy to return home for the birth of his son, and was excited to see he was still able to lose 10 pounds on his own.

Bob’s Attitude: I will say it again I LOVE BOB! I do, and he is still my favorite. I don’t know if it is Bob or the way they are portraying him this season but he appears to be a sore loser or really has a dislike for Dolvett. I’ve seen more eye rolling and “whatever’s” this season then any season in the past.

Gail’s Exit: When the black team sat down to reveal their votes I have to say my vote was for Gail. Nothing against her, I do think she too has some underlying issues that need to be worked through. However this week may have been tough with her daughter (surprisingly) leaving the week before. I just feel that Gail THINKS she is giving it her all but I believe she can push and do more. I think Bob was trying his hardest to get it out of her and she was not able too. I look forward to seeing her at the finale and seeing if she has broken through whatever wall she has put up.