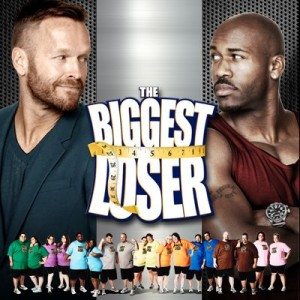 Dubbed the season of no excuses this season seemed to be packed full of drama and attitude. After speaking with many fans of the show I’m afraid that Biggest Loser has lost some of those loyal fans. I heard many complaints of the poor attitudes, cattiness, and plain ungrateful attitudes. From Conda’s constant complaints to Mark and Buddy walking of the show because they didn’t like a Biggest Loser twist.

The finale saw 14 of the 17 contestants returning to weigh in for the at home prize and Conda, Jeremy, and Kim battling out for the title. As each contestant took the stage I couldn’t help thinking of the events that played out this season as favorites and least favorites paraded across the stage. I absolutely thought Roy looked much younger and more distinguished with a trimmed up beard. He also seem full of life. I loved Emily’s hair but have to wonder if they are extensions. Though I was hoping she would take home the prize I didn’t feel the odds were in her favor. Some of the contestants I was surprised had not lost more weight and others I thought looked fabulous. Cassandra looked great in her new figure and color change. However despite all the changes Mike took home the at home prize with just over a 44% weight loss. My husband called that one!

After leaving the show when voted off by his fellow house mates due to a poor attitude and work ethic he promised to be back to win it all and it was a promise he delivered on! 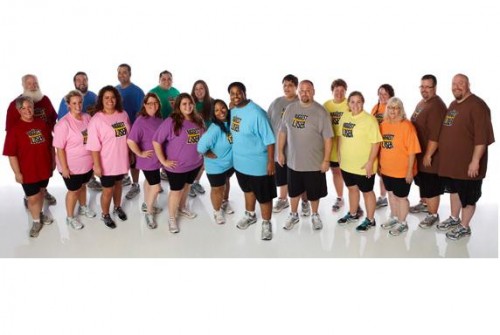 Shortly after what seemed like a hurried finale Conda, Jeremy, and Kim took the stage. Not a favorite of mine Conda took the stage first. I must say I did soften to her a little towards but she was still not my choice to win. Jeremy took the stage next and definitely appeared to be the front runner having previously weighed 389 pounds. Last but not least Kim took the stage looking as thin and beautiful as she did when she left. Honestly of all the contestants these three were not my favorites for different reasons earlier on. My money was on Jeremy I just didn’t feel Kim could lose more weight to sway the numbers to her side.

Conda weighed in first and took her position next to Alison, did I mention I really loved Conda’s hair and her eye makeup I think they both looked great on her. Jeremy took to the scale next blowing all percentages out of the water with just over 51% weight loss equaling 199 pounds down. With no “after the break” cliff hangers Kim stepped on the scale. We knew it was going to be close but my bet was still on Jeremy. Even with a weight loss of 118 Kim could not squeeze out a win. Weighing in at 134 she would have had to lose another 11 pounds to beat Jeremy. I just don’t think she had that weight to lose.

The graffiti feel and Jeremy was crowned Biggest Loser of one of the most dramatic seasons yet!

Side note: It was interesting watching a finale after having been to one (we missed last season). It is amazing how much the camera can make something so small look so big. That stage, the audience it is all small but the camera makes it look much bigger. My husband and I reminisced over our fortunate trip to LA to see the Biggest Loser Season 11 live and pointed out to Honey were we sat.

Also Congrats to Sam and Stephanie!

« Why Was Joe Messina Not At the Biggest Loser Finale
Win a $500 Amex and More By Placing Your Vote! »