Home » Blog » Bring Your Child to Work Day Daddy Style
As an Amazon Associate I earn from qualifying purchases.

My daughter decided to ask her father if she could go with him. I thought he would say no but instead he asked work and it was approved. For days she was so excited she could not wait to go…. 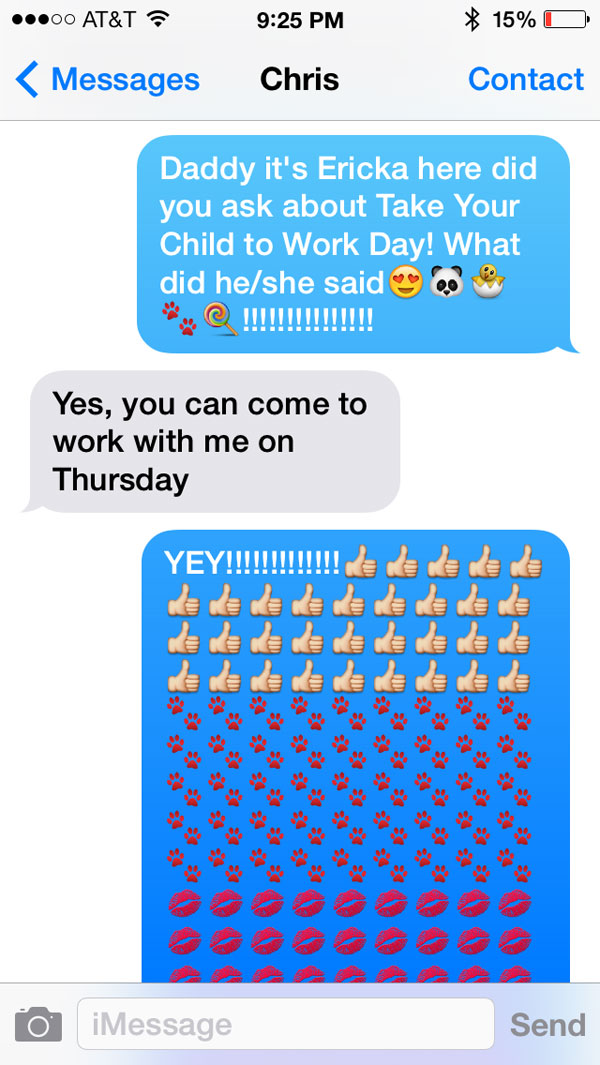 The night before we packed a backpack and lunch (and breakfast). Honey loves to eat all day long, she eats tiny little meals (well meals is a strong word) all throughout the day. So we packed her an apple, pineapple, burrito (which had kidney beans, diced tomatoes, and spinach leaves), cookies, some Reese’s bunnies, and Daddy made her some baked beans that she was dieing to have. Her backpack was all set with iPad, Rainbow Loom, books, and coloring items.

She had to wake up super early because Daddy had to leave at 6:30. She had no trouble getting up and getting ready because she was so excited. She got ready and took her “big girl” (mom’s) lunchbox and headed out the door with her dad. 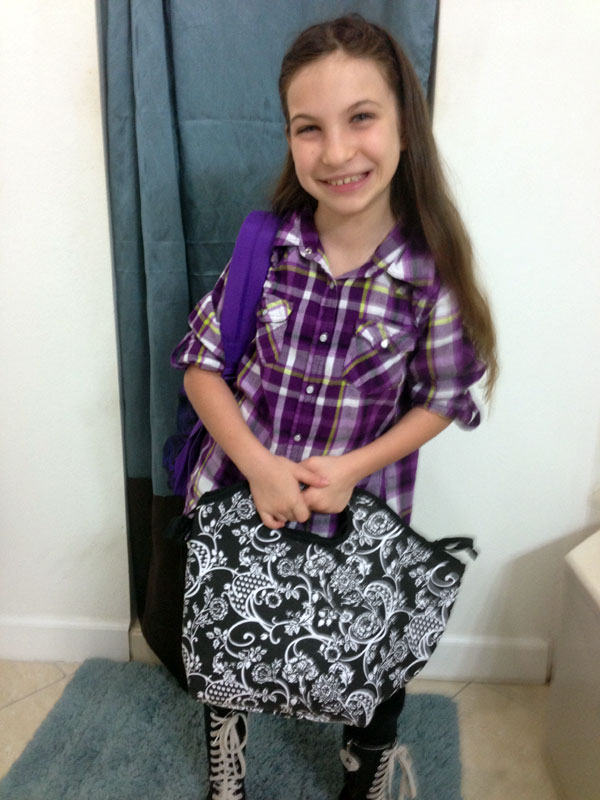 She had a great time and got to do some copying, open the window for the drivers, and pretty much had charmed all his co-workers. She had lunch with one of the girls and made her and all the men rainbow room bracelets. She got a dollar for one bracelet and they even bought her ice cream. I believe she has orders for two more bracelets. She originally was excited about wearing a hard hat but as I expected she decided once she was given one that she didn’t want to wear it so she stayed inside. All and all she had a great time and I’m surprised that as I write this she is even still awake. I think Bring Your Child to Work day was a huge success and it was great that she got to go with her dad.