Home » Blog » Buying a Sofa is like Buying a Car
As an Amazon Associate I earn from qualifying purchases.

Over the memorial day weekend I asked my husband if he was interested in shopping for a new sofa. I wasn’t expecting a yes it is a big purchase. However we happen to be out Saturday doing a few other things and while we were in the mall we browsed City Furniture and Ashley Furniture. We found a lot of sofa’s but none that said “take me home”. At least none for a price we were willing to spend.

We left the mall and swung by Rooms To Go, our normal go to when we need furniture. Our current living room set and dining room set were purchased from them. Again we didn’t find anything that stood out. I had it in my mind that I really wanted a sectional. With five people in our family it is rare that we are all comfortable when we sit down to watch a family movie. The draw back to a sectional…. 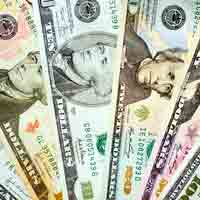 Any sectional we found that seemed of good quality and big enough for us cost well over $2500, just not something we wanted to spend at this time. After our afternoon spent browsing I had put it out of my mind figuring it just wasn’t in the cards for us at this time. The reason, by the way, for the new sofa is the one we have the frame is starting to break down from over 5 years of use.

My husband decided he wanted to try one more store and wanted to visit another Ashley Furniture at a different location, figuring it would be bigger then the store in the mall and possibly have more inventory. It turned out when we got their it was smaller, in fact I thought at first we had the wrong store because the sign was removed and you could see plastic hanging inside the store like there was construction going on.

Little did I know this ended up being a good sign. It turns out after Tuesday Ashley furniture was moving to a temporary location while they were building a new bigger store. Why is this a good thing you might ask? It turns out about 1/4 of their store was not making the move with them. This means they had furniture they needed to move ASAP. This means a possible good deal for the customer.

We happen to hook up with the manager just about an hour or hour and a half before the store was closing. He mentioned this “have to move” furniture and showed us two sectionals, both were 30% off. They were almost the same sectionals with a few minor differences. However the differences made a $500 difference. Of course which one do you think we liked? The more expensive one of course.

The manager said he really needed to move the sofa and wanted us to make him an offer. I took Honey to the bathroom and came back to find my husband had struck a deal and we were buying a sofa at 40% off, just $60 above the “make me an offer deal” my husband gave him. Now of course here is where the fun came in. I honestly felt like I was trying to buy a car with all the negotiations. When we sat down to get it all in the computer he mentioned he had to add on for the electric and rocking recliners (which I could have cared less about having but we were purchasing the floor model so we couldn’t make changes). This increased the price by $300. Now our 40% off was not really what we wanted.

Instead of taking the price we decided to keep looking, and were trying to decide do we get the one we really wanted at the higher price? Do we take the other one that wasn’t really the color we liked but was a little cheaper? Or do we go with a total different style for an even cheaper price but again we were settling. We walked back and forth between the three sofa’s trying to decide what we wanted to do. The manager even said we could come back tomorrow he wouldn’t sell it. But I know my husband really wanted the more expensive one and if we were going to go with it, we were not going to leave until a deal was made.

The manager ended up coming over one more time (it is now pass closing), and said what can I do to get this in your hands. We talked about the three options we were thinking of and he said I will go 45% off on this one (the one we were going to buy in the first place). So with the extra $300 and 45% off we are only 34 more dollars higher then what we sat down to pay in the first place. SOLD!

Like I said I felt like I was buying a car, but I bought a sofa for 45% off. I sectional that will fit all five of us and something I’ve always wanted. I had all but given up on buying a new sofa but my hubby did not. So Tuesday night it was delivered and we have a brand spanking new living room! 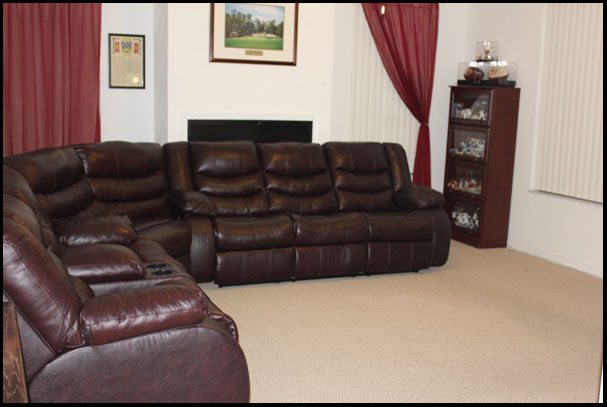 With the new living room we also gained a new family room. Our family room once served as a place to store unused exercise equipment. Well that is not entirely true. We did use the treadmill once in a while and my husband would occasionally use the free weights, however we do prefer the gym. Now it is a great place for the kids to watch TV with their friends or for mom to record her shows. If I had been thinking like a blogger this weekend I would have taken a before photo, however I was far from the bloggy world so instead you get the after, just know it looks much better! 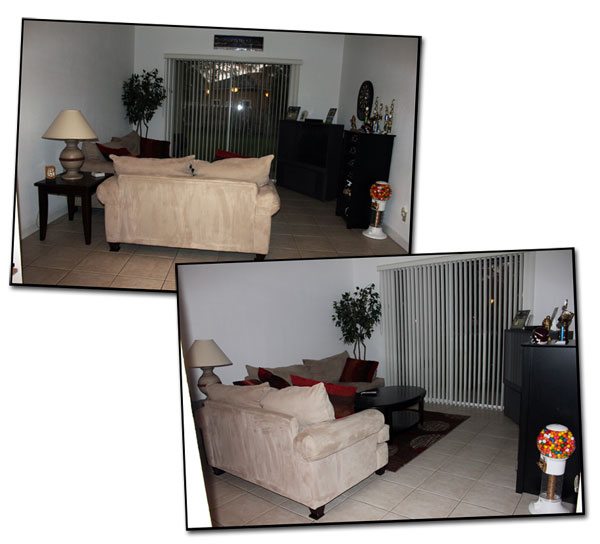 « Cake Pops and I Are Not Friends!
Bright Whites with ARM & HAMMER #SwitchandSave »