Home » Blog » Christmas Concert…Then…and….Now!
As an Amazon Associate I earn from qualifying purchases.

I was SOOOO very proud of Honey for getting on stage and singing. The reason is she is not known to do ANYTHING to bring attention to herself in public. She is very shy like her older brother in the sense that she doesn’t like to say Hello and doesn’t like attention brought to her.

Each day she reminded me that we needed to be there at 5:30 on the 6th. I continued to ask her if she was going to get on stage and sing. She assured me she was, but even that did not convince me. I know my daughter, or at least I thought I did. She gets excited but then backs down at the last minute. However she did no such thing. I was so proud of her, she got right up there on the stage and sang with the rest of her class and shook her jingle bells.

My husband was so proud watching his little girl and his boys excited for her, it was a very enjoyable time. As Honey was up there singing I couldn’t help but remember years ago when Nick was up there doing the same thing. The difference was he was ready to take center stage and sing at the top of his lungs!

Notice the biggest difference is the clothing….we were FREEZING last week, but as you can see at Nick’s he was in a t-shirt.

Here are a few pictures of Then: 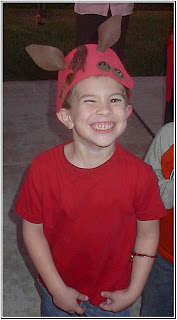 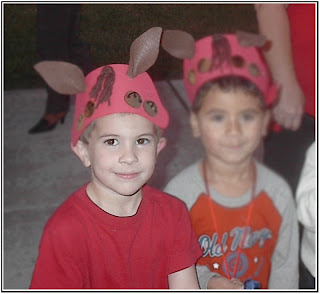 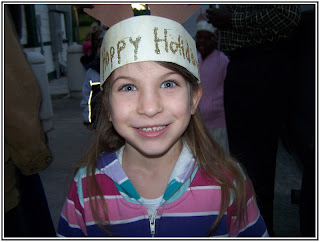 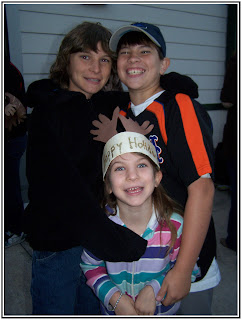 Here is a video from my camera phone if you would like to watch a snip. She is in the back on the right hand side behind the girl in the red. My son took this since he went up front to watch and let her see that we were watching her.