Home » Lifestyle » Everything Else » Energizer Inductive Charger Review
As an Amazon Associate I earn from qualifying purchases. 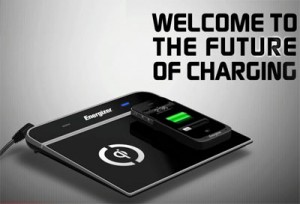 One of the things I really enjoy reviewing for my readers is technology. I love to try out new gadgets and electronics.  It is the tech geek in me that enjoys such a task.  I was recently asked to review the Energizer Inductive Charger.

“This new product uses the power of QI- a technology that will be incorporated into cell phones and other gadgets in the future, thus making you the most tech-savvy mom on the block.”

At first glance this item seems limited in the fact that in order to charge my iPhone I had to put on the special sleeve. My major problem with this is that I have an iPhone case on my phone and removing it time and time again to charge breaks down the case and makes it less effective. Not to mention that trying to get it on and off is a pain. In addition the only other items beyond the iPhone and Blackberry 8900 that can be charged require a USB cord. 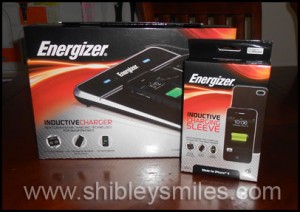 As it stands now my preference would be to include additional outlets for the USB as well as additional connections to be able to charge items outside of the ones listed. That said this unit has actually come in handy for my children. I have placed the Energizer Inductive Charger unit on their dresser. My sons new phone is charged via USB so he is able to charge his phone nightly using the USB option. However at times my oldest son would like to charge his MP3 player. Since both of these require the USB outlet they are not able to charge at the same time. I would love for them to be able to charge there DS systems with the charger however these do not have USB chargers.

That said the technology that the Energizer Inductive Charger claims to have and the purpose of it sounds exciting.  According to their FAQ’s the charger uses the new Qi technology that they believe will start being built into products such as cameras, remote controls, phones, etc. If this is the case and the technology is built into the items then no extra sleeves or cords will be needed to charge your device. For example you could simply put your remote control down on the pad and never need batteries.

If future items do not build in the Qi technology they anticipate these products to build Qi accessories so that you can charge them using the Energizer Inductive Charger.

Q: What makes Qi inductive better than non-Qi inductive?
A: Just like inductive is better than conductive, Qi inductive is better than non-Qi inductive mainly because it is an agreed upon standard. Over 50 companies in the WPC are involved with every aspect of making Qi a success. Beyond the big name device makers, there are a host of electronics component companies that are designing the coils, chips, controllers and other parts that will make Qi a standard part of charging 5W devices. Additionally, there are retailers, furniture makers and automotive parts suppliers that are bringing the Qi charging infrastructure to places you want to charge your devices with Qi. The power of the WPC means tomorrow’s devices will all work together with the next generation of charging technology built in.