Home » Travel » Enjoy the Last Days of Summer at Wet ‘n Wild
As an Amazon Associate I earn from qualifying purchases.

As summer was coming to an end we decided to take one last family vacation in honor of my sons birthday. I mentioned that we had traveled up to Orlando in my new Toyota Sienna and stayed at the Quality Suites. We also decided to enjoy the day at Wet n’ Wild, which we thought would be much more refreshing then walking around a non-water park. One thing we try not to do is visit the theme parks in the summer. It is just much to hot for us Floridians. 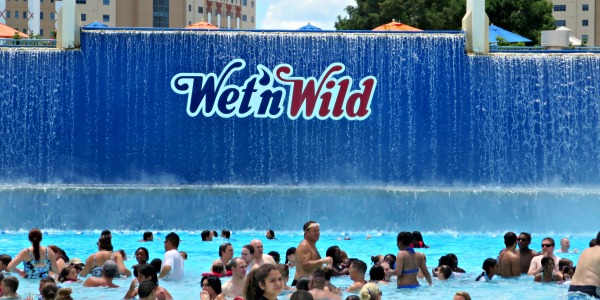 My daughter has always enjoyed the water but REFUSED to take swimming lessons after her second lesson. She hates people telling her what to do or anyone’s hands on her. Now that we have a pool we can see a huge improvement in her swimming skills. She is becoming much more comfortable around the water. She can swim in the deep end and from one side of the pool to the other but she still has a small fear of possibly going under. For this reason her favorite hangout was the huge wave pool. She just enjoys splashing around in the water.

The boys on the other hand were eager to go on the slides, the question was which slides to choose. The first one the boys went on was The Storm. This was a quick slide that swirls around at the end and drops you into a small pool. Both of them said you kinda of lose track of where you are but it was a lot of fun. We also went on The Surge which was a four person ride. The boys went together and then my husband, daughter, and I went. The attendant pushed us off before I got my seat and I panic for a second as I thought I was going to come out of it. I really wish we would have went on the Disco H2O as it sounded like a lot of fun with music and lights blaring but my daughter didn’t want to go through the dark. 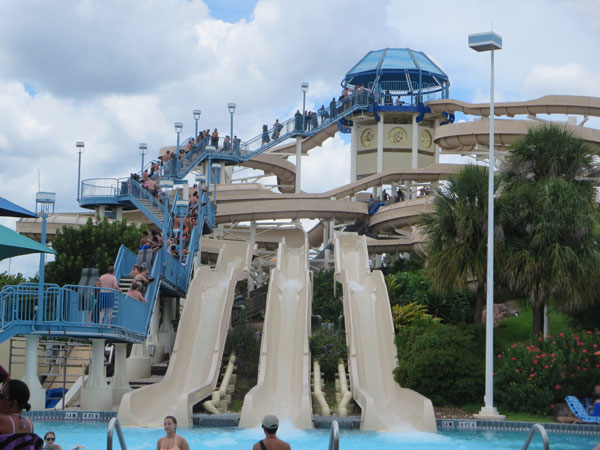 The boys went on a few more rides while we stayed in the wave pool with my daughter. The truth is the lines were terribly long as everyone had thought it was a good idea to visit a water park. No fault of the park of course but I would encourage you to buy the pass that lets you skip the lines or you may spend most of your time waiting in line. Even with the water it was not easy in the hot son. In fact, one of the guys in line with us passed out for the heat but was quickly attended to with some water and rest.

We ended up leaving the park earlier than we had planned because the boys are older now and are just not willing to wait through the rides for a quick minute down them. I was a little bummed about our early departure and lack of riding but honestly it was our decision as I don’t think we had it in us to enjoy the park as much as we would have liked. There were a lot of rides to choose from and a lot of fun things to do. I imagine kids and teenagers would enjoy hanging out in line and gossiping with their friends. We had a tired girl on our hands that just wanted to eat and splash in the waves.

Some of the Wet n’ Wild Attractions