Home » Lifestyle » Events/News » Fully Charged our Day at the Circus
As an Amazon Associate I earn from qualifying purchases. 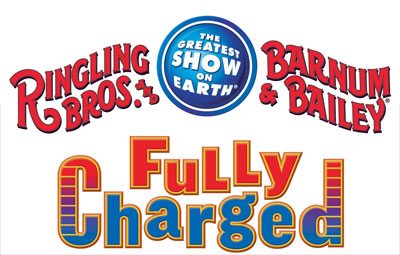 Thursday during our week of holiday vacation the family and I spent at day at the circus. The Ringling Bros Barnum & Bailey Fully Charged circus, that is. I thought we were going to see the Holiday Spectacular but the show ended up being “Fully Charged” which was quite fun! I was really bummed when we got into the convention center and I realized I totally forgot my camera at home. So unfortunately where I thought I was going to have some amazing photos for you I do not. I will have some, siting my sources, but I was really bummed. Honestly I wonder if they would have let me bring in the camera they checked bags and mentioned that you were not suppose to video tape the show, and possibly no pictures but I can’t be quite sure.

I wasn’t sure what to expect because I think the last time I took the boys to the circus they were probably 4 and 2 or even younger. Before that I think I went once as a child. I was surprised at how small the showroom floor was. We took our seats, unfortunately they were not the best seats, we were seated to the far right and missed some of the show do to being almost behind the action instead of in front of it. However we were able to see many of the amazing acts.

Here is a photo taken in the dim setting with my iPhone, this was during intermission and Nick had taken off to get a pretzel but I can assure you he was there with us. 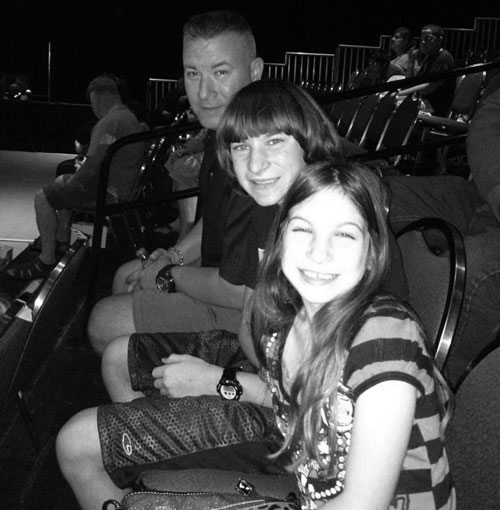 The show was started off with a Mime/Clown that turned out to be extremely talented. The theme was “charged” as in electricity and lights. This mime was always getting in the way and often using all the electricity, so the show was constantly needed a “re-charge”. There were several amazing and talented acts. I think my favorite was the juggling. There was one man and two girls and not only would they juggle but they would juggle with each other and just do things you wouldn’t think were possible.

There were some animal acts, they were limited to camels, horses, dogs, and elephants. Of all of them the dogs were cute, the others just gave me a funny feeling I think I could do without the animals and just watch the amazing performers. As you would expect with a circus there was a tight rope act that was very cool. We watched as the performers danced over the wire, round bikes and did acrobats without  missing a step.

Mr. Power and Miss Lightening were also an equally amazing act. The body strength the two of them hand combined was nothing short of awesome. If I had less then half of the strength I would be pretty darn strong. Not to mention how flexible Miss (or Mrs. I don’t remember) Lightening was.

There were so many different acts it would be hard to name them all. The Mime that I mentioned was talented pretty much participated it almost every act in some shape or form. Juggling, trampoline, a jack of many trades. He made the show fun as he was always being chased away by the ring master. The kids had a blast and Honey said it was really cool. I was excited to take her to her first circus.

Since I didn’t have any photos (I tried to take some with my iPhone but it didn’t work out), I checked out some on the internet. From the photos I found I think our circus was rather small, as I had originally thought. Many of the photos I found showed tigers, many elephants, and large shows. We enjoyed the circus but I would love to go to another venue to see it in a bigger arena.

Disclaimer: We received a 5 pack of family tickets to visit the Ringling Bros Barnum & Bailey Circus. All opinions are my own. You may read more of my disclosure here.