Home » Blog » Home Improvements Are Coming Along
As an Amazon Associate I earn from qualifying purchases.

It has been a little quiet around here, not as many posts as usual. That is because my husband and I have been spending almost every night and the weekend working on our new home. Our purchased home was a short sale, and even though it was not in terrible condition it just wasn’t quite how we wanted it to look. We started our painting adventure on 5/10 (we gained early access to the house). It is now 5/26 and we are STILL painting. We are painting every inch of this house and it has not been easy. The walls come to a 14 foot point and it has been slow going, not to mention we have had to put three coats on all the walls.

There is light at the end of the tunnel, I just ordered our U-Haul for next weekend! I thought I would share some of our process since it pretty much has dominated our home life for the last three weeks.

Our lot has a TON of trees and I do mean a ton. I love some of the tall palms but there is such thing as too many trees. This bamboo tree was inside our patio and it just makes it twice as hard to take care of the pool not to mention it just grows taller and taller and it really seems an eye soar. So we had it removed. I’m going to put my hammock in that area once I clean up the roots. Also that large bamboo in the back is being removed later this week and some major clean up is being done so we will have a nice view of the canal. 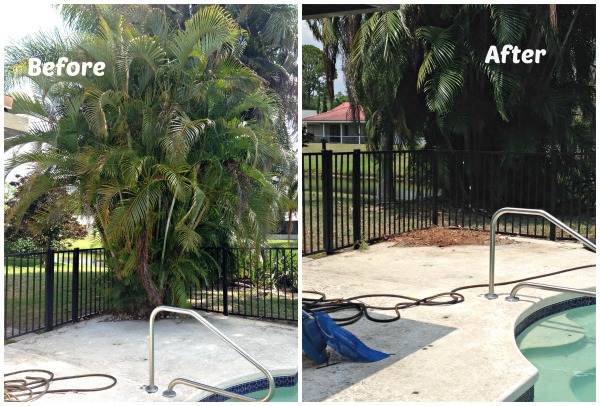 These palms are pretty and we hadn’t originally intended to remove them but during our inspection it was recommended that they be removed since they are beginning to damage the roof. That was enough for me to say “take them out”. 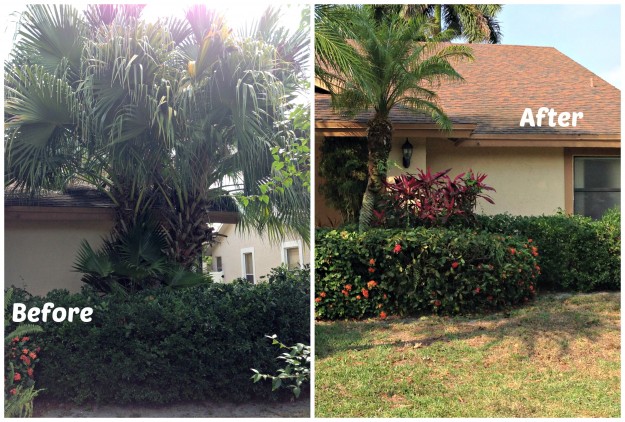 I don’t have all the photos but I snapped a few. We started in the front of the house and it seemed day after day we were not making progress. However as of today we have a few areas to trim and touch up and two bedrooms to paint. We are holding off on painting the bathrooms until we are in the house as we don’t want to hold off any longer. As  you can see we prefer the white to color in most of the rooms. 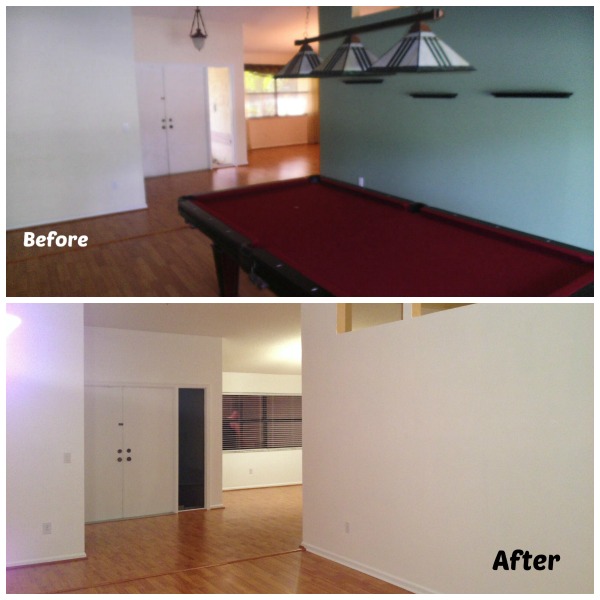 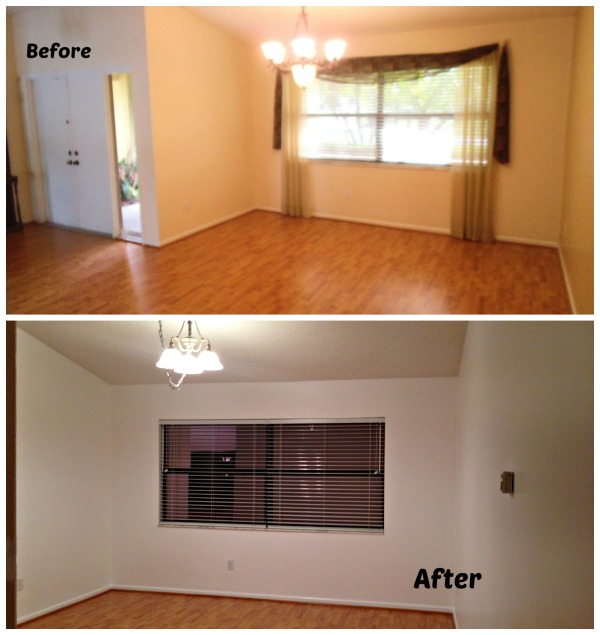 My husband wanted a little break from the inside and decided to work on the patio this weekend. He pressure washed the covered patio and the area around the pool. We were able to move over our new patio furniture I purchased at Kohl’s. 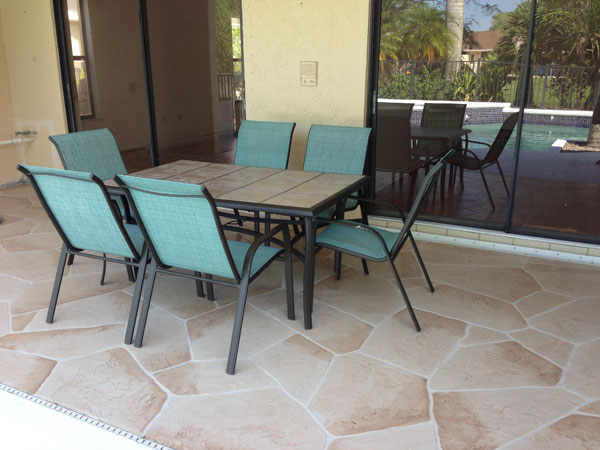 We decided we wanted to paint the area around the pool to give it a cleaner look. It turned out amazing! You can see in the after photo how white and clean it looks! (Ignore the color of the pool that is being worked on as well the previous owner let it go and it was in swamp condition and the pool guy is working on getting it back in shape) 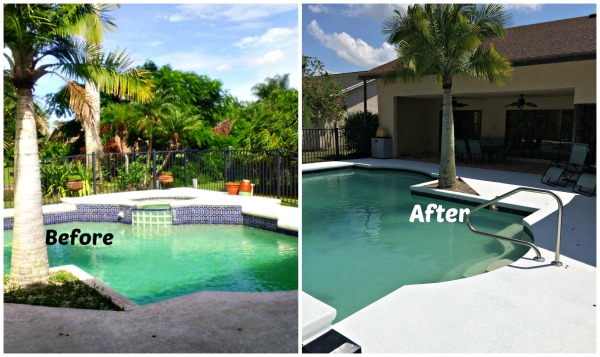 This weekend we finally got to see some improvement but we are not done yet. However we have a deadline now and we will have to be ready by next Saturday! We also really want to have the outside of the house painted but we are holding off due to the costs of everything else right now and will revisit at a later date.