Home » Blog » How Did You Decide On Your Baby’s Name?
As an Amazon Associate I earn from qualifying purchases. 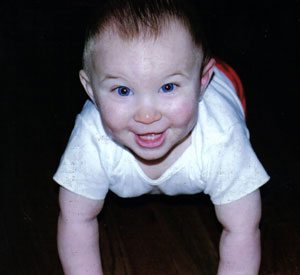 My oldest son is obvious, he is named after his father. I remember growing up and knowing a guy who was a junior. I HATED calling his house because he and his father had the same name. I always said to myself if I ever have a son I will not have a “junior”. Then of course I met my husband. My husband who had two daughters but no sons. When I became pregnant we began the “baby name” talk and it was apparent he had always wanted a junior. Well…how can you tell a father that he can not name his first born son after himself? I couldn’t do it. I am only thankful that my husband’s name was Christopher and not a name that I really disliked. 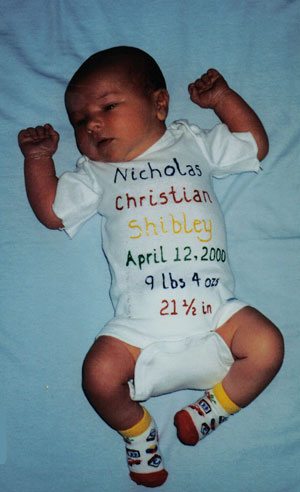 My youngest son was the hardest to name, mainly because my husband and I had a hard time agreeing on a name that we both liked. I really wanted Michael and he liked the name but since that was my old high school sweetheart it didn’t sit well with him. I can understand. It was I that came up with the name Nicholas, for no particular reason. After that we had to tackle the middle name. If you haven’t noticed a pattern yet each of us have a C in our name (Colleen, Chris, Christopher, Ericka Christen) so we knew the middle name had to start with C. He suggested Cage I gave him the evil eye. He ended up being named Nicholas Christian. 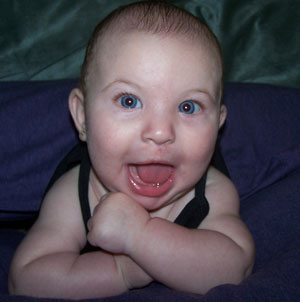 I’ve already let you know the touching sorry of how my daughter got her name Ericka. How she is named after her grandfather who sent her to us to help mend our hearts. If you missed it I will give it to you once again. My daughter was born 9 months after my stepfather passed away in February. The day of his memorial service (not knowing I was about a week pregnant at the time) my husband said we should have a baby girl and name her Ericka James. My stepfathers name was James Eric and he went by Rick. My daughter is named E”rick”a (to incorporate Rick) but she did end up with a different middle name (my mother still calls her Ericka James). Her middle name is Christen.

No matter where they came from each of my children are special and unique in their own way. I would love to hear how you came up with your baby’s name?

It wasn’t easy, but that is how I decided on my baby’s name. How did you decide on your baby’s name? Or do you have a great story on how your parents decided on your name? Tell me for a chance to win a year’s supply of cards from Cardstore.com!

In celebration of the 8 women who are pregnant, Cardstore.com has expanded their offering of birth announcements!

This is a sponsored conversation written by me on behalf of Cardstore. The opinions and text are all mine. Official Sweepstakes Rules.