Home » Lifestyle » Everything Else » How To Tell if Your Toilet is Leaking
As an Amazon Associate I earn from qualifying purchases. 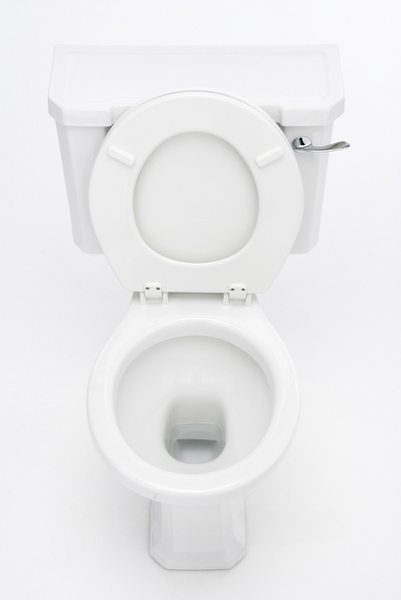 My water bill usually ranges between $45-$60 dollars. It has been that way for a good year and a half. Then three months ago my bill was $91. So I walked around the house and found a faucet in the boys bathroom was leaking. So I do what I always do, I grab the tools and worked on tightening the handle to fix the leaking faucet. Then I waited for the next bill. The next bill was the exact amount as the previous bill so I figured they didn’t check the water but just repeated the bill before. I had a small inkling that maybe the toilet or possibly toilets were also leaking but wasn’t sure or didn’t know how to tell.

My bill came this past week and it was just over $109. The other possibility could be our sprinklers that were finally fixed in December (after almost 2 years of not working). However I was originally told our sprinklers were on well water so I didn’t think that was the problem. Not knowing what else to do I contacted the water company, via email. I was surprised to find that after emailing them late in the evening one weekday I woke up the next morning to an email from them.

They could not tell whether my sprinklers were on city or well water but they gave me a great tip on how to find out if my toilet was leaking.

How To Tell if your Toilet is Leaking

The solution was simple, and cost nothing (if you already have food coloring in the house). Simply put a few drops of food coloring into the back of your toilet. Then wait at least 25-20 minutes (and make sure you don’t flush) to see if the water in your toilet bowl turns color. If this happens this means your flapper needs to be replaced because it is allowing water to seep out into the bowl and then the back of the toilet is filling back up. This happens all day long and can result in a larger then normal water bill.

Within 5 minutes the toilet in my master bathroom was almost completely green. This was the toilet I suspected most of leaking. I also found that the toilet in the boys bathroom also had a trace of green. I had been tinkering with this toilet for months trying to get it to work properly. While I’m not happy about the increased bills I’m thankful to the water company for giving me a great tip to find out if the leaking toilets was my problem.

So this weekend we will be purchasing some parts to hopefully fix our toilets and get that water bill to a more manageable level.