When I was asked to review a Blok Squad product by Mega Bloks one person came to mind. My 5 year old nephew. Just the week before my sister mentioned that he had asked for Legos and she was trying to find a plain bucket of Legos so he could build what he wanted versus an instructional set. So when I was asked to review the Mega Bloks I thought this would be a perfect fit for him in addition to what my sister was purchasing.

I was asked if I would like a set for a busy builder. Researching the Blok Squad Fire Patrol Station and finding it was for 5 years and up my thought was this set would last him a little longer then the under 250 pieces. 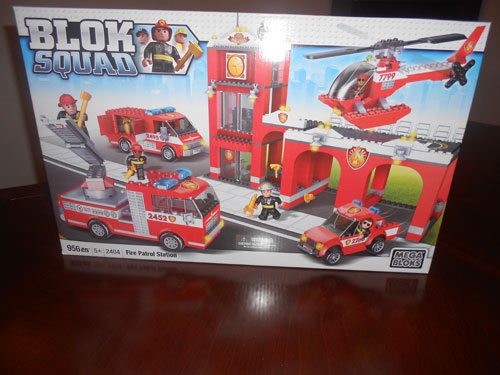 What I wasn’t counting on was my daughter and oldest son wanting to rip into the set when it arrived. I thought my daughter would have no interest in the fire station. I should know by now that my daughter is not your average girl. In fact just this weekend she was showing me items she wanted for Christmas and one of the things she really wants is a hot wheels race track. She said she didn’t care of it was for boys or not. 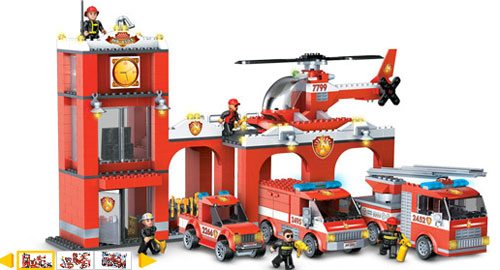 However I decided since I had already told my sister I was going to have her son review it for me we needed to give it to him. However I wanted to take a few photos before we handed it over to see what he thought. I must admit I was very surprised with the pieces. I guess I didn’t realize what 956 pieces would look like. I had to double check the box said for 5 and up. 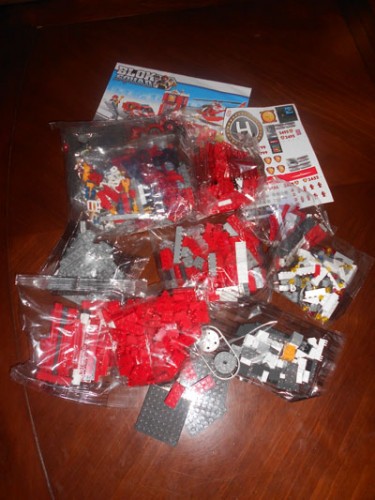 This is definitely a lot of pieces and looks pretty hard for my nephew. For this reason and the fact that my sister left for Australia for 12 days after I received the product and we have yet to make it to her house. We have not actually put together the Blok Squad Fire Patrol Station. I’m actually debating on whether to save this item as a Christmas gift after he has had the chance to play with the blocks he already has. Either that or I would like to plan for the kids to get together so my oldest son, daughter, and nephew can tackle this project together.

My final thoughts are this. I really think for the price of $39.95 you get a lot for your money. This is basically a project not just an hour task. I think this will give my nephew a challenge and a lot of enjoyment even after it is together. I do think that possibly the age range should be 7 or 8 and above, but then he could surprise me and totally go to town on this when we give it to him.

I love the Mega Blok brand and my children have always played with them growing up. In fact my daughter still has the BIG bag of Mega Bloks that looks similar to the photo below. I believe she has had them since she was three and refuses to get rid of them. The game is always how tall you can build the blocks without them falling over. 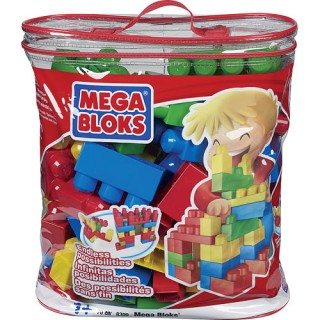 « My Daughters Terms of Endearment
My Whirlpool and Me »