Home » Blog » Memories of a Good Man ~ Rick Thompson (1951-2005)
As an Amazon Associate I earn from qualifying purchases.

This was originally going to be my Wednesday post but it took on a life of it’s own. Today is dedicated to my stepfather. Today marks the 6th anniversary since he passed. To be honest I’m shocked it was that long ago. It really only seems a few years. This is my stepfather James Eric Thompson (who my daughter is named after). 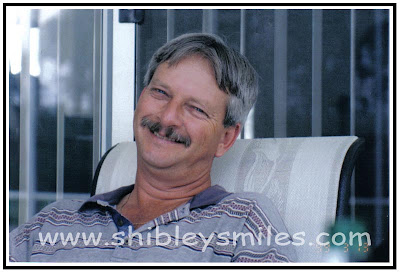 He died of lung cancer that was not caught until it had spread to his brain. He began to forget things and started have unbearable headaches that finally sent him to the doctors. This was the Christmas of 2003 just six months after my husband and I moved our family to South Florida to be closer to my mother and stepfather (seems the Lord moved us for a good reason).

What bothers me the most is that my children did not have a chance to know him all that well only 4 and 6 at the time (the boys) and he never met Honey since she was born exactly 9 months after his death (his present to our grieving family.) 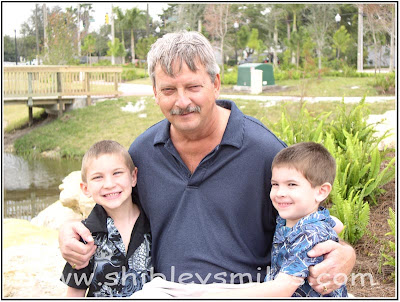 My stepfather may not have been the easiest to live with when I was young. He had his faults as any person does, but as I became an adult and life begins to take on a new meaning I began to see things that I just didn’t think about before. For me this was the love of my stepfather. It hit me when I was about 18 how much he did love me and I knew he would do anything for me. It was at this point that a new relationship began. He is just as important to my life as any other family member. The word “step” does not in anyway diminish his role in my life. 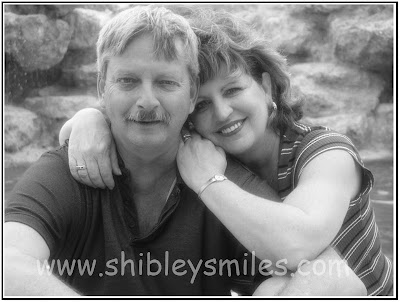 My sister insisted that we have these photos taken in the summer (or around that time) of 2004. My mother and I did not want to do it but we agreed. It was a very hard photo session to take knowing why we were taking them. However it turned out to be a really good thing. We ended up with some great photos that we otherwise would not have. This one above is my favorite of my mother and stepfather. 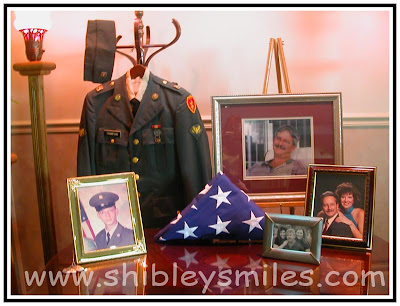 My stepfathers memorial service was actually the best memorial/funeral that I have been too. Thankfully I have not been to many, however I’ve been to two too many in the last 6 years. This was a presentation we put together showing his much proud of army uniform and some photos. 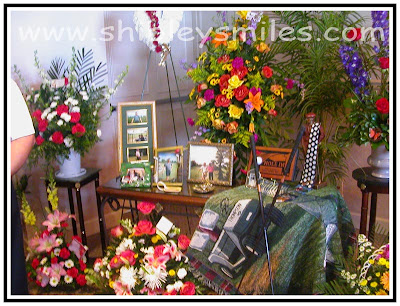 My stepfather LOVED to play golf. Here there is a plaque behind the blanket and clubs of his hole in one.  I have no idea how golfers can even achieve such a thing. A family friend sang at his memorial the song “I Will Remember You” which will now always remind me of him. She sang after a slide show of some photos that actually got people smiling and laughing, which is what my stepfather was all about. He was a good friend and still kept in touch with many of his high school buddies. Many of which came to see him in his last days. Through the years I’ve scrapped a few pages in honor of my stepfather and thought I would share them today as well. 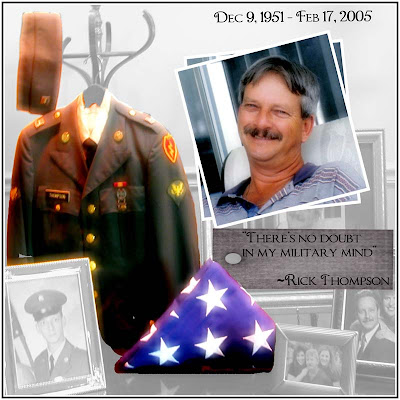 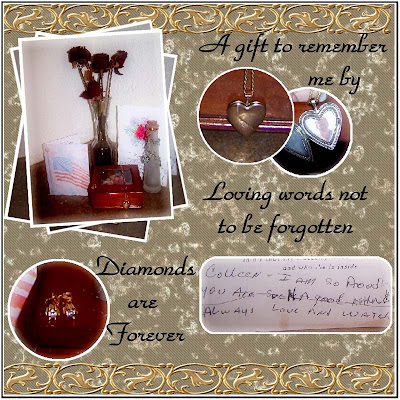 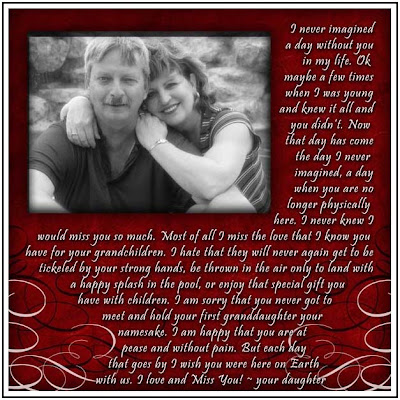 Today I remember a Good Man and My Father. We still miss him every day!

« How to Add the Spark Back into your Love Life with Couples Games
Baking Soda Myth – Ionic Deodorizer: Fridge Air Purifier by Oransi Giveaway »