Home » Lifestyle » Everything Else » Moshi Monsters Toys Exclusively at Toys “R” Us
As an Amazon Associate I earn from qualifying purchases.

15 Million Children in North America Will Soon Be Able Get Their Hands on “Real” Monsters! 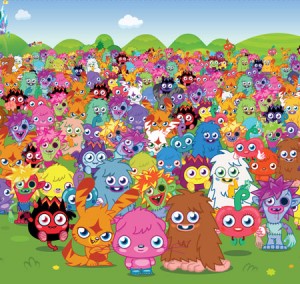 “We know that web-savvy kids want to enjoy tangible experiences with their favorite virtual properties, and the Moshi Monsters toy line delivers these experiences in a big way,” said Richard Barry, Vice President, General Merchandise Manager, Toys“R”Us, U.S. “We are thrilled to be the only U.S. retailer to provide kids the opportunity to bring Moshi Monsters into the physical world.”

Moshi Monsters is a new form of children’s entertainment. The website (www.moshimonsters.com), which forms the heart of the experience, combines adoptable pet monsters, safe social networking, stories, games, missions, virtual interaction and educational puzzles. The site has become hugely successful over the last year, growing at the rate of one new registration every second – with the fastest growth across North America. Recently, Moshi Monsters welcomed its 50 millionth registered user worldwide. 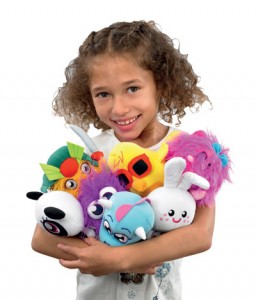 To offer young fans and customers a fully integrated experience, the toys will include secret codes that can be used to retrieve virtual items for adopted Moshi Monsters, as well as special trial memberships. Additional categories will include trading cards produced by Topps and books from Scholastic, Inc.

“With the amazing success that the brand has seen globally thus far, we’re excited to generate further awareness of this engaging virtual world in North America by delivering this new, exciting toy line,” said Dave Colebrook, VP Marketing at Spin Master. “We designed the product assortment to serve as a natural extension of the Moshi Monsters brand and to help bring the fun of Monstro City, its Monsters and its Moshlings to life with plush, minifigures and more.” 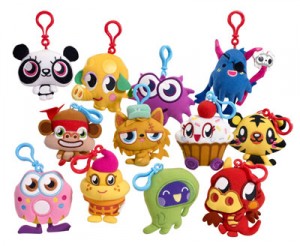 Players choose from one of six virtual pet monsters – Furi, Poppet, Diavlo, Zommer, Luvli and Katsuma – that they can create, name and nurture. Once their pet has been customized, players can navigate their way around Monstro City, taking the daily puzzle challenge to earn ‘Rox’ (virtual currency), playing games, solving Super Moshi Missions, personalizing their room, showing off their artwork, reading stories and communicating with friends in a safe environment. Additionally, the monsters’ pets, called ‘Moshlings’, are proving to be highly collectible both on and off the screen.

“Moshi Monsters is doing phenomenally well on a global basis, but we are seeing our fastest growth right now in North America with over 15 million registered users,” said Michael Acton Smith, CEO and founder of Mind Candy. “We’re hugely excited to bring Moshi Monsters toys to North America, and Toys“R”Us is the perfect home for the brand – we can’t wait to see the reaction from our fans.”

The U.K. licensing program launched successfully in January with sell-out ranges of toys from Vivid and books from Penguin Publishing. The official Moshi Monsters magazine, launched in February 2011, is now the largest selling U.K. kids title. Mind Candy is currently in discussions regarding TV, music, live tours and a Moshi movie.

Over 50 million monsters have been created to date and over two million new players are joining each month making Moshi Monsters one of the world’s fastest growing children’s sites in the world! To date, more than 380m educational puzzles have been played and over one million virtual items are sold each day! For more information visit www.moshimonsters.com