Introducing you to a little bit of history each day as we ramp up the excitement for The Muppets in theaters November 23rd. Walter is a new edition to The Muppet family and he is the worlds biggest Muppet fan. 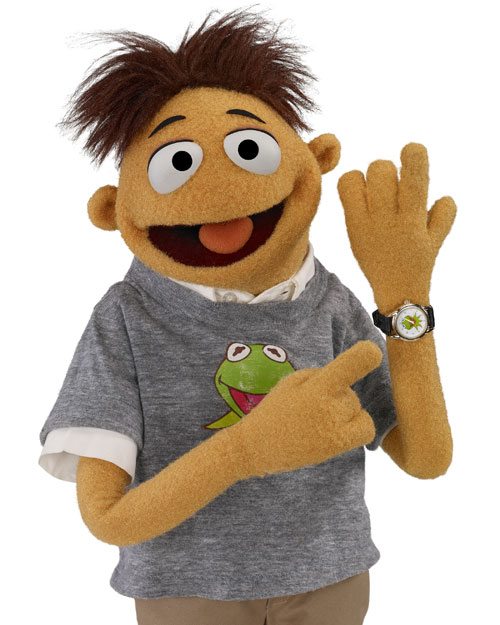 With his Kermit tee-shirt and watch, WALTER (Walter) is a devoted fan of the Muppets. The lifelong resident of Smalltown, USA, dreams of meeting his heroes one day and feels that—just maybe—he belongs with them. So when brother Gary and his girlfriend, Mary, plan a trip to Los Angeles, Walter joins them with hopes of realizing his dream once and for all.

Walter finds himself in the wrong place at the wrong time—or is it the right time?—when he overhears evil oil baron Tex Richman discussing a plot to destroy Muppet Studios. With the help of Gary and Mary, it’s Walter who sets the plan in motion to reunite the Muppets and save the studio. His pure-hearted enthusiasm for all things Muppets just might save more than the studio too.

WHO’S WALTER? Walter is a super Muppet fan, first seen in Disney’s “The Muppets.” His passion for the Muppets and everything they do is unstoppable…just like Walter.