Home » Blog » My Son is Not Having a Good Week
As an Amazon Associate I earn from qualifying purchases.

This past weekend we went to Disney’s Animal Kingdom and stayed at the Nickelodeon Hotel. After walking the park all day Saturday we came back to rest (and play if you are a kid) at the hotel. My kids couldn’t wait to get onto the slides! 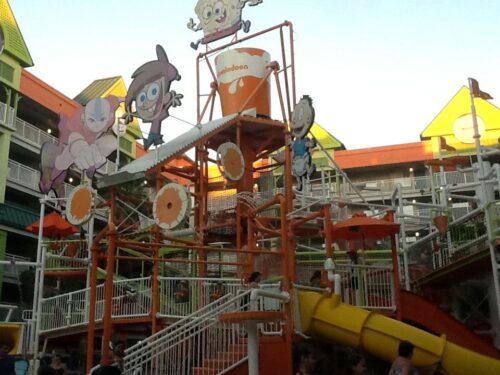 Christopher grabbed the top bar and threw his weight into his slide and jammed his toe on the edge. He came wobbling over and decided to sit the rest of the night out. My husband and I both thought he had jammed it, there was not a lot of bruising. It started to swell up a little by Sunday. By Monday morning I could see the bruising. I decided to take him to the doctor just to make sure, as some of the bruising was on the top of his foot. The doctor, like us, thought it was jammed but suggested an x-ray to make sure he hadn’t broken any of the foot bones. 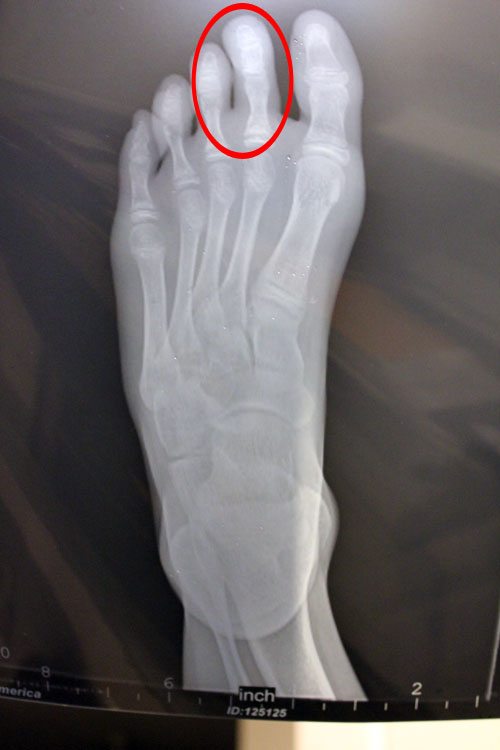 I really can’t show you where it is so tiny but he did chip his bone in his toe next to his big toe. So we headed over to the Podiatrist on Tuesday. Thankfully a little tape and a week of rest is all they prescribed. The doctor said it should be good in about a week. He did have to miss his bowling game on Tuesday.

Last night I received a call that sent my husband into immediate adrenaline mood. I received a call from an unknown number that I first ignored but on the second try picked up. He said he was with my son Christopher and he had been hit by a car but he seems ok. My boys had ridden their bike down to McDonald’s to treat themselves to dinner. My husband, daughter, and I rushed the block down to where they were. As soon as we pulled onto the road I could see the red and blue lights, two police men were already on the scene. The guy that called me was in another car and had stopped to make sure my son was all right.

The police and fire department suggested he go to the hospital due to his wrist hurting a lot. He didn’t “fall” off of his bike so thankfully there was no issue of any head trama. My son was shaking when we got to the ER, I think due to nerves (as I’m the same way). He was very calm though and seemed to feel better once they gave him some medicine (Motrin but I’m thinking higher dosage then at home). He again had an x-ray. 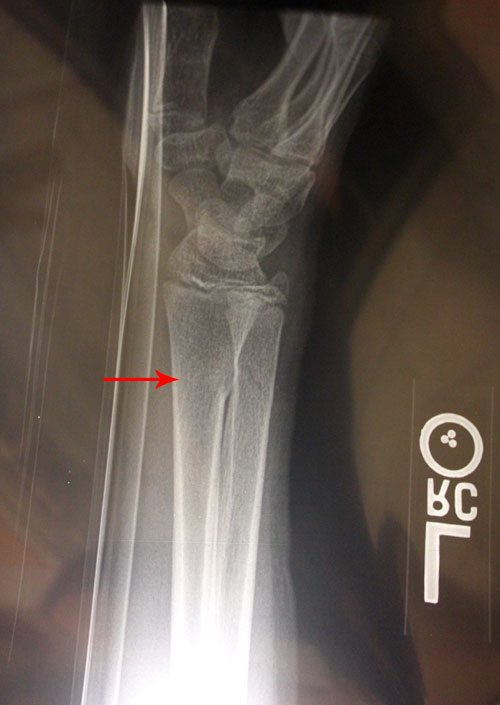 He fractured both the bones in his wrist/arm. They are small in fact you can barely tell where I’m pointing them out above but there is a hairline fracture. He came home with a splint and sling and he will be heading to an ortho doctor tomorrow (if we can get the appointment). I think once the shock wore off he felt a little better. 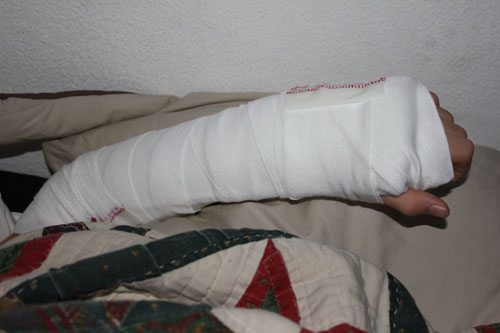 On a good note for him (but maybe not the rest of us) school is letting out early today (3 hours) and they have already closed schools on Friday due to Hurricane Sandy. So at least he won’t be missing anything while he is home resting. He already missed Monday and Tuesday. I’m just hoping I don’t have any problems with insurance getting these bills paid as I’ve never had to go through auto insurance before.

Hopefully this is the end of the “bad” week and we have only good things to look forward to! (And let’s pray for no flooding today or tomorrow)