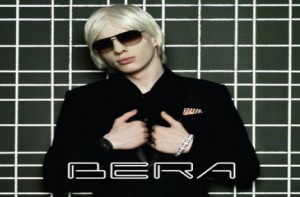 “I live with my music,” says pop newcomer, Bera, who at age 1 couldn’t walk or talk but knew how to turn on the radio. “I was attracted to the music when I was born.” Gifted with perfect pitch, he was handed a violin at age 5 and started piano two years later. He’s classically trained, but it’s his love for jazz that has him motivated to create. “I’m able to play any song I like on the radio,” says the Paris native who also calls the Republic of Georgia home. Given his history it’s no surprise that at age 16 this musical phenom has two of the music world’s most powerful producers, Rob Fusari (Lady Gaga) and Rodney Jerkins (Michael Jackson) backing his debut.

Determined to define his own destiny Bera launched Georgian Dream record label in 2010 and quickly began work on his first album. “Dreams are something that are very close to me,” he says explaining his name choice. “I wrote my first lyric in a dream.”

He also wrote all of the songs on his upcoming debut which he says can be divided musically and lyrically into two parts, “a more fun, club, up-tempo side; and the laid-back, loverboy, romantic side.” The first single, “Favorite Things,” produced by Fusari is a mid-tempo love song where Bera shares an intimate glimpse into his world. “I really love ‘Favorite Things’ because it shows who I am. In three minutes it shows my universe. Everything I say in my songs comes from something real.”

On the flip side, the Jerkins produced club bangers, “Hands on the Wall” and “Light it Up,” are destined dance hits that capture Bera’s self-assured swagger and embody his sensual sound. Make no mistake; this 16-year-old is not your average kid. Charismatic beyond his years, he exudes confidence with an irresistible charm. Recognizing the musical magic that was made on this record, Bera says it was fantastic working with Fusari and Jerkins. “We built a relationship. The vibe was really good and I really grew up with them. Artistically they gave me a lot.”

Other influences that helped shape Bera’s sound include his passion for several genres of music. “I love jazz, soul and I’m definitely ol’ school. He cites Tupac and Michael Jackson as his favorites and says he listens to an eclectic array of artists including Notorious B.I.G., Barry White, Lionel Richie and Lenny Kravitz.” Love is also a big inspiration which comes across clearly in his work. “My songs are very seductive. When I write a song I picture a girl and I’m writing that song for her, even if she doesn’t exist. Even when I write with pain I write it cause of the love.”

While Bera says he would love to win a coveted Grammy award his biggest wish is “when someone thinks about me or my music I want them to smile. I don’t need to be a superstar. I don’t want to be that untouchable guy. I want to be like you and I want you to feel my music and enjoy it with me. I just want to share my feelings.” By the sound of things, he’ll be sharing for a long time.

Just for taking the time to check out this new pop singer you have the chance to win a $100 Visa Gift Card.

Disclaimer: Giveaway sponsored by representing PR agency. Opinions are my own and NOT influenced by monetary compensation. You may read more of my disclosure here.