SAN FRANCISCO, Aug. 16, 2011 /PRNewswire/ — Today, Old Navy announced ‘Superfan Nation’ a new in-store destination housing fan gear for the entire family. The move is an expansion of the brand’s already successful licensing product strategy. In collaboration with the NFL and the Collegiate Licensing Company, a division of IMG worldwide, Old Navy will now offer apparel and accessories for all professional football and select collegiate sports teams in the U.S. Beginning August 18, Old Navy will bring the stadium fan gear experience to its nearly 1,000 U.S. stores, with each store having a tailored collection that caters to the favorite teams of the local community. 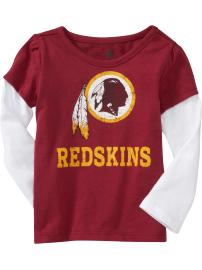 “Old Navy is always looking for ways to offer our target customer product that satisfies her apparel and lifestyle needs at an amazing value,” said Tom Wyatt, President, Old Navy. “By creating a central location for this expanded licensed collection, customers get instant access to an easy, affordable way to find their family game day attire as well as weekday fashion looks.”

Old Navy first began offering licensed apparel, including NFL and collegiate licensed T-shirts, in 2009 and, over the last three years, has significantly grown its assortment. ‘Superfan Nation’ will be the brand’s most robust expression of a licensing partnership to date. 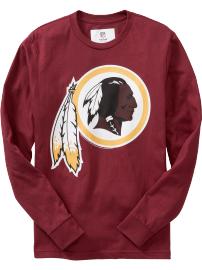 “Our affiliation with the NFL reinforces Old Navy’s roots in family and fun. The NFL is a very powerful, respected brand with a huge fan base across the country known for bringing families together to rally in support of a common goal and have fun while doing it,” said Michelle Wlazlo, SVP of Merchandising, Old Navy. “The college collection brings Old Navy a unique opportunity to connect with an extensive following of graduates and fans, many of which we know our customers have a loyal devotion to.”

Old Navy’s ‘Superfan Nation’ will resemble a sports shop offering head to toe fanaticism for professional football and college sports teams favored by the local community. Old Navy has conducted careful research in every market to ensure the true favorite teams are present, regardless of where the team is geographically based. Collectively, 32 NFL teams and 71 of America’s top colleges and universities will be represented with merchandise across all product categories – men, women, kids, baby, and accessories. Customers will find everything from socks and headwear to the tees and fleeces Old Navy is famous for. Apparel will start at $14.94 and the assortment of hard goods and accessories will start at $5.50. While ‘Superfan Nation’ will be unique in each store, all apparel merchandise sold in every store will be available online at www.oldnavy.com. 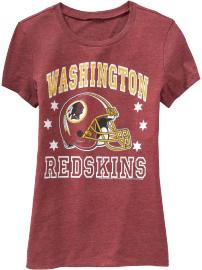 To celebrate the kickoff of football season, Old Navy will host tailgate parties in all stores on Saturday, September 3 from 10am-4pm. Customers can enjoy fun, family-oriented games and traditional tailgate snacks. Old Navy has also partnered with IMG College to promote its expanded offerings at 35 college campuses from late September through spring 2012. This includes in-stadium advertising and in-store events such as visits from the local college bands, mascots, and cheerleaders. ‘Superfan Nation’ will be supported with TV, including a commercial featuring a long-standing college rivalry airing August 25, 2011 through Labor Day weekend. There will also be in-store signage and promotion kicking off August 18 and social media outreach to the brand’s more than 2.2 million Facebook fans.

· On Saturday, 9/3, there will be in-store tailgates from 10am-4pm to kick off the football season full of food, music and fun!