We decided early on that we would not have yearly birthday parties for our two kids.  Instead, we wanted to choose “milestone” birthdays and really make a big deal out of them.  So far, we’ve decided that those milestones are the first, fifth, and tenth birthdays.  That being said, this year is a milestone birthday for my son, who will be turning five in December.  Yes, we are already planning the party, though it is more than six months away.  He loves planes, trains, and cars, so I knew that I wanted an invitation to reflect that.  I found a birthday party invitation at PaperSnaps that I could personalize that would be perfect!

I purchased a set of clipart (from another site) that I thought would look fantastic on the invitation I had chosen.  Boy, was I ever right! 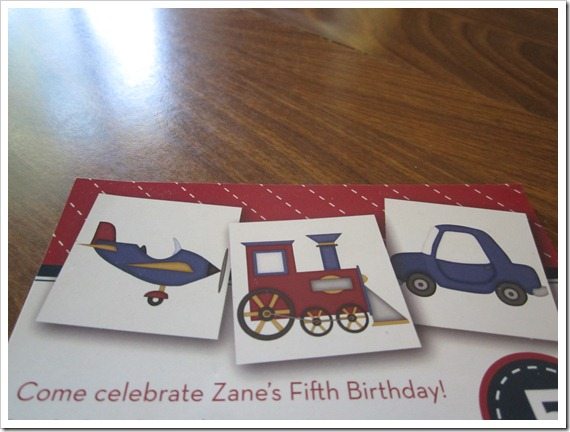 His birthday invitation magnet could not have turned out cuter!  Once I had selected my design and submitted my “photos” I received a proof, so that I could confirm all the information was correct.  Once it was verified, my order was sent to production and arrived on my doorstep very quickly. 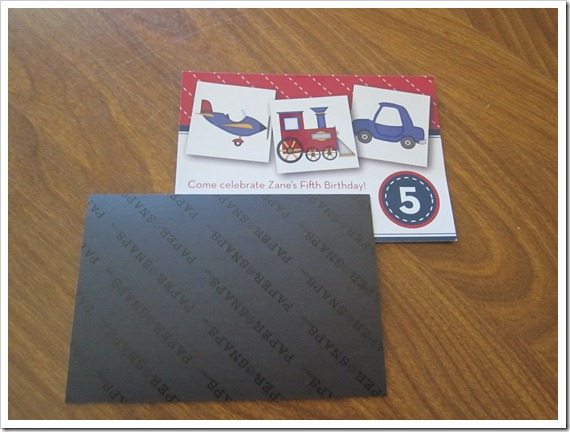 I couldn’t help but notice the PaperSnaps logo on the back of the magnet.  How cool is that!

I plan to use the plane, train, and car throughout our decorations for my son’s birthday, and am thrilled that they worked out so well on the invitation.  Of course, I could have used photos of my son, instead of the clipart, but since his party is still six months away, near Christmas time, I thought it would be best to get the invitations early so that I can get them out early and everyone can use them as save the date cards!

I was extremely pleased with the both the process of ordering as well as the quality of product from PaperSnaps.

PaperSnaps would love to offer Shibley Smiles readers a coupon code, good for  20% off anything on the site!  The code is ShibleySmiles20 and it is good now through May 30!

« #Brandcation Bloggers Gone Coastal #GulfCoast May 2012 : Friday
In Honor Of Mother’s Day : Mama’s and Their Babies »