Home » Lifestyle » Everything Else » Parents Time to Brag : #PlayLikeaGirl Contest : Amazing Prizes
As an Amazon Associate I earn from qualifying purchases.

I’m proud to be a lot of things a mother, a wife, and definitely a woman. I consider myself a rather strong yet caring woman. For this reason I want to raise my own daughter to be the same. I don’t want her to limit herself by the thing that “I’m just a girl”. I want her to think I can do anything “because I’m a girl”. I don’t agree with stereotyping children. My husband doesn’t like that my daughter plays with “boys”. While as a father I do understand how he feels there is no reason that my daughter should not be allowed to play with boys or enjoy things that once were considered boyish.

Football Not Just for Boys 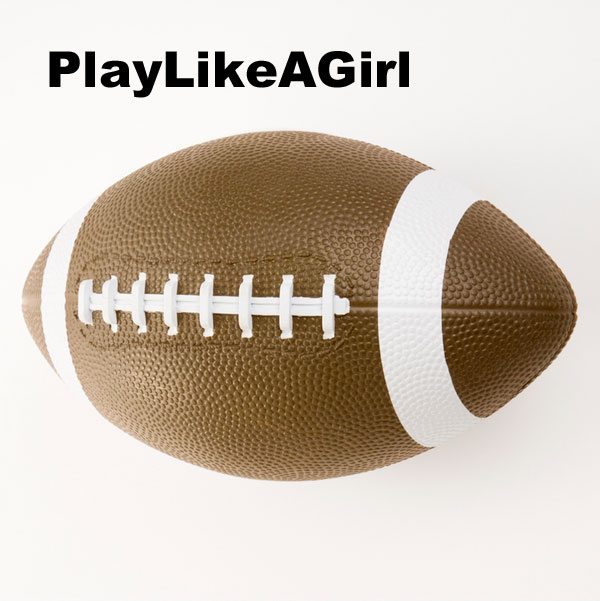 I remember last Christmas after dinner my mother, sister, and I were cleaning up the dishes and the boys were outside playing football. Correction the boys and my daughter. See my daughter is surrounded by boys, she has two brothers and a cousin. In the next week we went out for a family dinner at a local restaurant and the waitress asked us how our Christmas was. I mentioned the presents, the great dinner, and that the boys played football outside. My daughter piped up and exclaimed, “It was not just the boys I played too!” This made me smile.

When my husband and son decided to have a friendly competition one season and pick football teams each Sunday my daughter was not going to be left out. She sat with them each morning as they pulled up the games on the internet and my husband wrote down each of their selections in his notebook. The fun was seeing who picked the most wins at the end of the week! I think it is so important that we raise our daughters with a sense of pride that they are woman. Empower them with self esteem and the ability to take on any challenge and crush the typical stereo types.

Verizon wants to hear from parents who are as proud of their daughter’s athletic achievements as they would be if she was a boy. They want to provide a place to go to show that pride – a place to harness and share the empowering impact that sport can have on the lives of girls. By sharing your stories and joining the conversation at www.verizon.com/playlikeagirl. One participant will win an amazing grand prize!

One (1) Grand Prize consisting of the following will be awarded to the Winner:

The total approximate retail value of the Grand Prize is $5,010.00.

Verizon FiOS gives your family the connection and speed you need to play with the big boys. Share your proudest moment of your daughter’s athletic achievements at www.verizon.com/playlikeagirl. You could be chosen to win a grand prize valued at $5,000!

This is a sponsored conversation written by me on behalf of Verizon. The opinions and text are all mine.