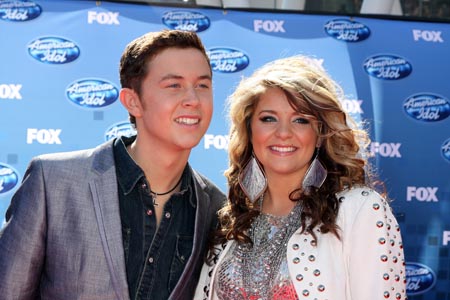 After their mailing lists got the exclusive scoop last night, Scotty McCreery and Lauren Alaina announced the titles and release dates of their debut albums to the rest of the country on Friday morning’s Good Morning America. Scotty will release Clear As Day on October 4, with Lauren Alaina to follow with Wildflower on October 11th. 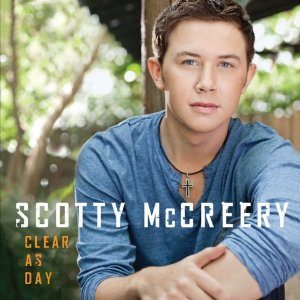 Scotty’s new album – which will include single “I Love You This Big“- is a collection of songs in the same straight-ahead country style that captured the nation’s hearts on American Idol. “It has some old country influences and elements, but it also has a contemporary feel with fun up-tempo songs,” Scotty says. “It’s a good mixture. You can hear some of the influences that I grew up with, like Hank Williams, Conway Twitty and Merle Haggard, but it still has a contemporary twist and feel that keeps it up to date.” 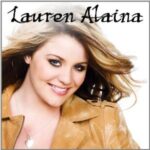 Meanwhile, Lauren’s Wildflower takes its name from her favorite song on the record. “I like to have a lot of fun and I’m really sassy, so I feel like a wildflower would be a good description of who I am as a person.” When describing fans can expect from the album, Lauren explains, “I feel like it has a flavor for everybody. It’s a mixture of all different songs, so I hope it will appeal to all different kinds of people. There are fast songs for people who like up-tempos that you can dance to, and there are also tearjerkers for people who like slower ballads. I tried to get songs that are all a little different so that we could bring a fresh feel to each and every song.”

Fans can also pre-order the albums on Amazon : Wildflower by Laura Alaina and Clear as Day by Scotty McCreery