Home » Blog » South Florida Sun Showers Are the Best
As an Amazon Associate I earn from qualifying purchases.

It sure has been a very rainy season here in South Florida. Just a few days ago I posted on Facebook how it was freaky dark outside. It was 6:30 in the evening and the sky just got darker and darker and it was still outside. Shortly after the wind began and the clouds opened up. We have also been seeing quite a lot of sun showers. On the way home yesterday from work I was pulling out of the shopping center and turned left to a long row of traffic to look up and see the most beautiful rainbow  (and hint of a double). I was thankful for the long line of traffic so I rolled down my window and took a few shots. I love it when a rainbow is very defined and sharp. 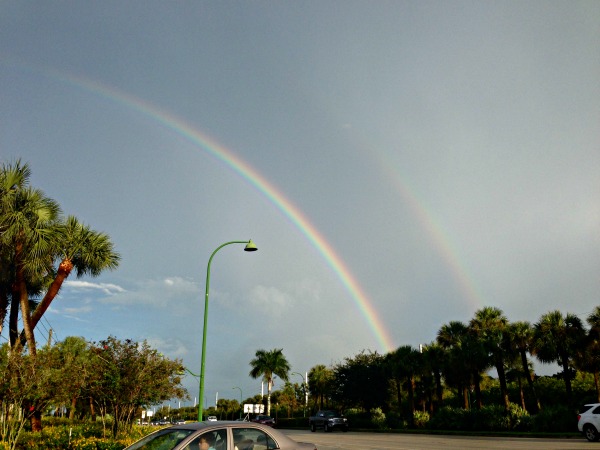 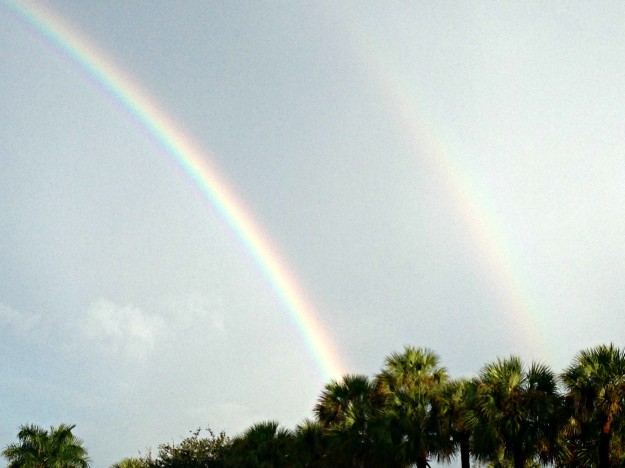 It was nice enough to follow me home and when I pulled onto my street it was waiting for me at home. I quickly called into the house for my daughter to come out (she loves to spot them like I do) and couldn’t help snapping another photo over our house. 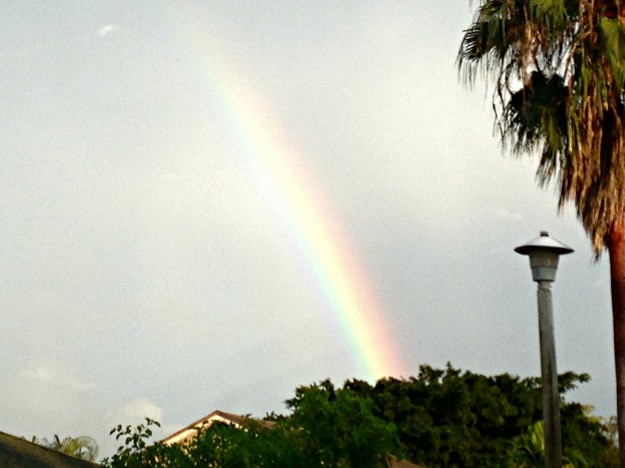 How a Rainbow is Formed

A rainbow is an optical and meteorological phenomenon that is caused by both reflection and refraction of light in water droplets resulting in a spectrum of light appearing in the sky. It takes the form of a multicoloured arc. Rainbows caused by sunlight always appear in the section of sky directly opposite the sun

One of these days I’m going to get a collage done of all my rainbow photos! In the meantime you will just have to enjoy my photos as I relish in the beauty of the rainbow.