Home » Lifestyle » Entertainment » Music » Richard Marx Has Stories to Tell
As an Amazon Associate I earn from qualifying purchases. 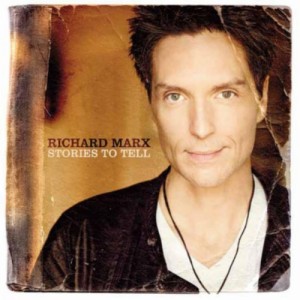 Depending on your age Richard Marx may or may not mean something to you. To me his music brings back memories of high school outings and great friends. I remember dancing in my living room or jamming in the car. Richard Marx is no stranger to the music industry. In 1987 his single “Don’t Mean Nothing” and self-titled album debuted. He follow-up with the CD, “Repeat Offender, in 1989 and sold even more copies over 7 million.

I’m sure if you think back you can remember singing to one of his many hits. One of my favorite past times when I was young was popping a cassette tape, yes I said cassette tape, in my player and rewinding and fast forwarding to write down the lyrics. Yes kids this was before there was Google, you actually had to listen to the music. Unless of course the words happen to be inside the cassette holder.

From 1987 to 1990, he became the first male solo artist in history to have his first 7 singles reach the top 5 on Billboard’s singles chart, including the 1 hits “Hold On to the Nights,” “Satisfied” and the worldwide classic, “Right Here Waiting.” This feat remains unchallenged. 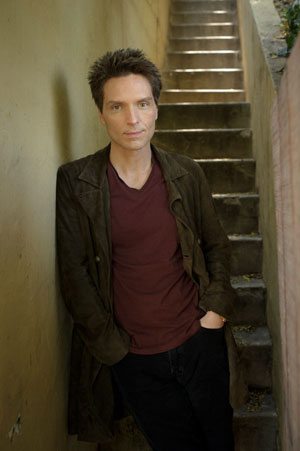 I’m excited to be helping promote his new album Stories to Tell, coming soon I will be reviewing the album and will even have a copy to giveaway. Richard Marx has a lot to celebrate!

Reaching 1,000 No. 1 songs on the Billboards Hot 100 chart. “I just write songs that I’m proud of, that I like, that I want people to hear,” explains Marx, “I’ve never had the experience of either phoning it in or thinking, ‘Ooh I’ve got a smash here.'”

Marx, who has also written hit songs for Keith Urban, N’Sync, and Luther Vandross among others, will further celebrate his legendary career with his upcoming solo release, Stories to Tell, a collection of his greatest hits, acoustic versions, and live tracks that will also include a DVD of Marx’s recent performance at the famed Shepherd’s Bush Empire in London. The deluxe album, currently available exclusively at Walmart and Richard Marx’s online store, will get a wide release on February 7th.

In addition to selling over 30 million records, and writing, as of 2007, thirteen #1 songs, he remained a fixture on pop and adult contemporary radio for years, even as he emerged as a top producer working with some of the biggest names in the music business. Among those artists, *NSYNC, Barbra Streisand, Josh Groban, Vince Gill, 98°, Luther Vandross, Kenny Rogers, Sarah Brightman, Lara Fabian, Sister Hazel, The Tubes and SHeDAISY. More recently, he has written and produced records for Leann Rimes, Emerson Drive, Natalie Cole, Keith Urban, Paulina Rubio, Kenny Loggins, Chris Botti, Michael Bolton, Travis Tritt and actor Hugh Jackman.

What warms my heart is his commitment to giving back.

Perhaps closest to Richard’s heart is the Cystic Fibrosis Foundation, whom he aligned with in 2000. He organized what has become an annual benefit concert to raise funds for research to cure the disease. The multi act, all-star concerts have, thus far, raised over $3 million.

Having not actively followed his career I’m amazed at how much he has accomplished and after releasing a Holiday album The Christmas EP I’m excited to see what his new album Stories to Tell has to offer. Stop by soon to win your own copy!