Home » Reviews » Roku 3 and Redbox Instant : Recipe for a Family Fall Movie Night
As an Amazon Associate I earn from qualifying purchases.

I’m not a big fan of plopping down $50 + bucks to see a movie in the theater. Not to mention I really love watching television in the comfort of my own home where I can pause it to get up to get a snack. Don’t get me wrong once in a while I do enjoy watching a really good action movie on the big screen. We have a nice setup at home that includes surround sound so it is hard not to want to stay in.

I was recently sent a Roku 3 which I had never tried before. I had originally thought it would be great to have in my bedroom since I have limited access to movies and internet however you have to have a television that has a HDMI outlet so my oldest son was the luckier reviewer of our Roku 3. 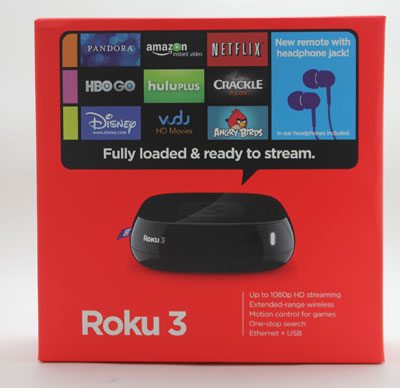 My son has an XBox 360 that he can stream movies on but I have a timer on it so he doesn’t always have time to watch movies. The Roku 3 was a great edition to his entertainment set up. The installation was super easy. We just plugged it in and connected it to the television and the onscreen prompts told us what to do. We had to set up an account online and when we did the Roku 3 connected and we were able to download the channels we wanted.

We currently use several different apps that Roku 3 had available like Amazon Instant Video, Hulu Plus, and Netflix. After we installed the Roku 3 we gave it a test run and my son purchased a movie. Note : Roku may be addictive thus costing parents more money then they anticipated. At least if you have a teenage son that enjoys watching movies. After one weekend my son has already watched several movies.

He loves having the Roku 3 in his room and how easy it is to use. The Roku 3 will need an internet connection. You can either use a wired network or a wireless. We have a wireless network in our house so we had no problems getting it connected and were able to keep it close to the television. One of the features I love about the Roku 3 is it’s size. Check out the size compared to my iPhone 5. 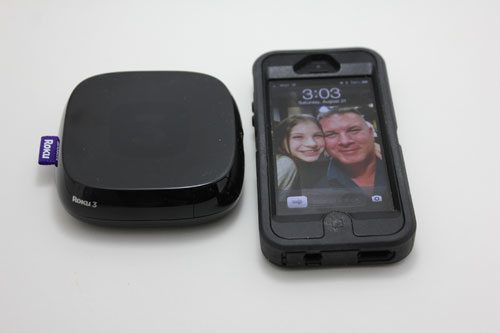 I haven’t gotten a chance to try even half of the features. I love Jeopardy and Wheel of Fortune and we could definitely make a fun family night of just playing games. Another great channel is the Redbox Instant by Verizon. We have those little red boxes in all our grocery stores and are often grabbing a movie on a Friday or Saturday night. I signed up for a free trial of Redbox Instant by Verizon and found that it includes 4 DVD rentals a month. So for $8 a month you get 4 movies you were going to buy anyway which brings your cost to only $4 a month. With that $4 you get instant streaming.

If you don’t have a DVR or don’t think to record shows Roku 3 is the perfect device for you. Love these fun figures by Roku

We are definitely enjoying have the Roku in the Shibley household and can’t wait to try all of the fun features.

Do you prefer the theater or staying in? Do you utilize a DVR or rely on apps like Redbox Instant to watch your shows?