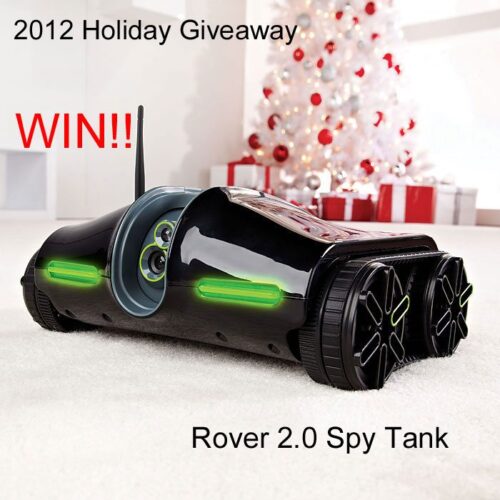 The Rover 2.0 Spy Tank is an upgrade to it’s predecessor the original Rover Spy Tank. Rover 2.0 has become smarter, faster, and just plain more fun. This is one of those gadgets that is just cool to own. My oldest son tore into the box and took the first test drive. Immediately he noticed the difference in speed, with the new Rover 2.0 definitely faster than the original. I noticed the difference in appearance. Rover 2.0 was upgraded from the original white and orange color scheme to a sleek black and neon green. Definitely an upgrade aesthetically. 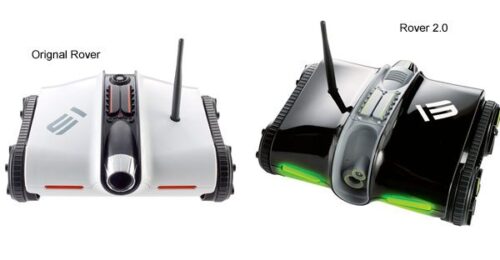 Before I get into what we noticed immediately when testing the Rover 2.0 I thought I would share a quick video. This is two videos combined, the first half is from the viewer observing how Rover 2.0 drives. The second half is a video taken from the Rover 2.0 itself as the driver took it down the hall to spy on an unexpecting gamer.

Like the original Rover Spy Tank Rover 2.0 is controlled wireless by using the iPad, iPod, or iPhone. In addition, it is also compatible with Android smartphones and tablets. With either type of device the app is FREE to download in the respected device store. While both editions can stream and record video there are some upgraded options on the Rover 2.0 Spy Tank.

Both the original and the upgraded unit have two modes that can be used to control the Rover. By pressing and holding two buttons on the screen Rover can move right and left or back and forth. Or the phone or tablet can be placed  into G-Drive, in which the entire device becomes the wheel. No buttons to press or hold simply turn the device right and left and tilt up and down to control the Rover.

The ONLY drawback, or should I say learning curve, with the new Rover 2.0 Spy Tank is due to the increase speed it is a little harder to control. I personally found it was hard to turn because it would turn so fast so I found myself turning left and right or going in circles until I finally was able to straighten out. The microphone upgrade with the two way talking was definitely one of my favorite upgrades. The spy tank has now turned into a communication device.

The controls on the device are very self explanatory. You can select camera to take a photo and Rover 2.0 will take a photo of what is in front of it. 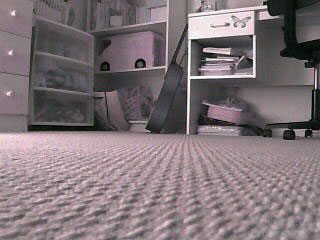 You can select the angle of the camera to see more then just what is in front of Rover. The above picture was taken at ground level. I then moved the camera up to take another photo. 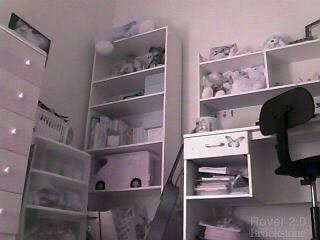 I love to get the Rover 2.0 out just to play. I will sit in my bedroom or family room and march Rover down the hall into the kids rooms or the living room where my husband is relaxing watching television. There is just something to be said when you feel like your a spy and can see what is going on in another room. You know when they say if Walls can Talk? In my home they can!

Great news for today’s unwrapping, it comes with a giveaway. That’s right one lucky winner will receive their own Rover 2.0. While I hope it can get to you by Christmas please note their is no guarantee. Either way you or whomever you are wanting to win this for will enjoy it when it arrives. Simply fill out the form below for a chance to win. ARV $149.99

Disclaimer: I received a Rover 2.0 to review. Giveaway compliments of Brookstone. All opinions are my own. You may read more of my disclosure here.