Home » Lifestyle » Everything Else » Sausage Sandwich Scramble with Aunt Jemima Lil’ Griddles
As an Amazon Associate I earn from qualifying purchases. 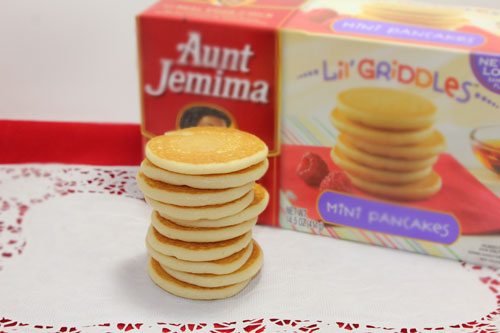 I’m definitely a believer that breakfast is one of the most important meals of the day. Especially when you are a kid on the go and need that extra boost of energy to get your say started. However I must admit I’m always in a terrible rush in the morning so I don’t have time to put together a hearty and tasty breakfast like I can on a weekend.  I often rely on frozen, prepackaged, or snack like breakfast foods. Sometimes it is hard to find the quality of a homemade breakfast in these types of foods. I was recently introduced to Aunt Jemima Lil Griddles where they stand by the slogan “Every batch made from scratch”.

Just checking out the box I instantly saw the seal of proof and that Aunt Jemima Lil Griddles are made with real eggs and milk. After checking out the ingredients I also found that the milk was nonfat milk. The box states there is no high fructose corn syrup, artificial flavors, or preservatives. These are all appealing features in a breakfast food for my family. 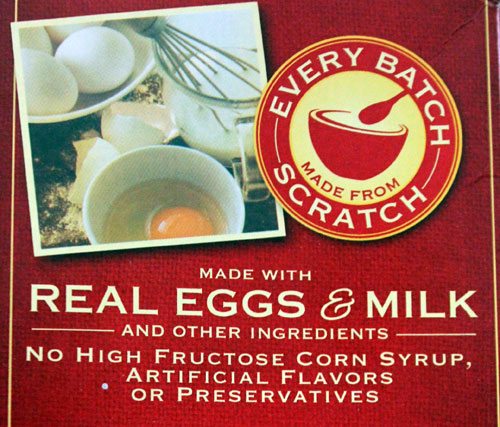 Aunt Jemima frozen breakfast Lil’ Griddles are a big help for moms who want to serve her family a warm breakfast in the morning, just like she’d make it herself. Pancakes are one of my favorite meals. In order to add a little protein to the mix for my kids I fried up some sausage to make a fun Sausage Sandwich Scramble. If you are in a hurry in the morning like I am you can cook the sausage the night before and just add to your quick and easy Lil’ Griddles in the morning. 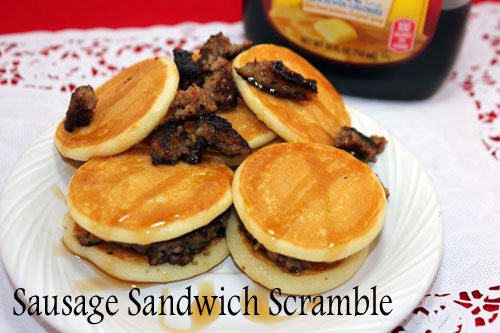 I decided to make this simple and quick breakfast this Saturday morning because we were getting ready to head out to a soccer game. This was an easy way to make sure the boys got in some much needed fuel before their game. Though Honey wasn’t playing she of course needed breakfast too and was gracious enough to allow me to snap this photo before she began to dig in. 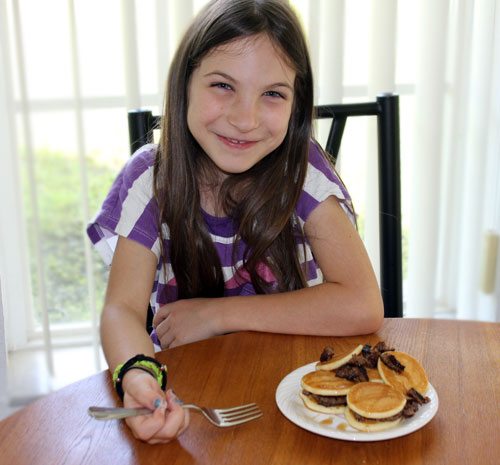 What I love the most is that the Aunt Jemima Lil’ Griddles are made with real food like I would make myself and take a minute or less to prepare. Getting myself ready in the morning is hard enough but getting three kids off to school with a good breakfast makes it even harder.

What is your favorite breakfast meal?

Disclaimer:Thank you to Aunt Jemima Frozen Breakfast for being a sponsor. I was selected for this opportunity as a member of Clever Girls Collective. All opinions expressed here are my own. You may read more of my disclosure here.

« Rethink How You See Your Email With the Incredimail iPad App
PAAS/Heinz Egg Decorator : Decorate an Egg Donate a Dollar »