Home » Lifestyle » Everything Else » Save the Galaxy with Guardians of the Galaxy
As an Amazon Associate I earn from qualifying purchases. 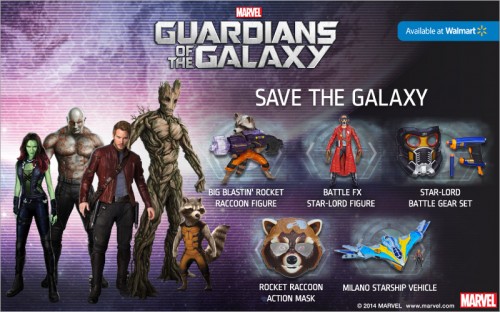 Guardians of the Galaxy has become a huge hit at the box office with it’s debut earnings of $94 million. My boys are interested in seeing it, they love the action packed movies like this. I wouldn’t mind seeing it simply because Vin Diesel is in it. My daughter will watch it with the boys if they rent it on DVD. She doesn’t usually go to the movies with them since they go with their friends. We received some fun Guardians of the Galaxy toys that are available at Walmart. 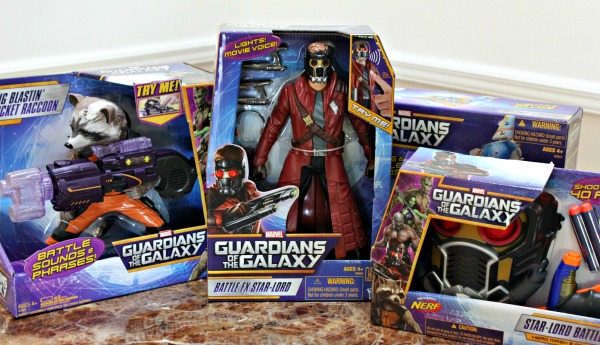 My daughter plans on giving the toys to her cousin who will definitely enjoy them. However she had no problem testing them out for me. Of the four toys we received two of them where favorites among the kids. Can you guess which one? It is definitely the Star-Lord Mask and Blaster Set. My daughter grabbed the mask and gun and chased her brothers around the house. In respecting her wishes there is no photo of her with the mask on.

She also loves to put things together and the Milano Starship Vehicle had just enough parts for her to enjoy a little bit of building, stickers included. 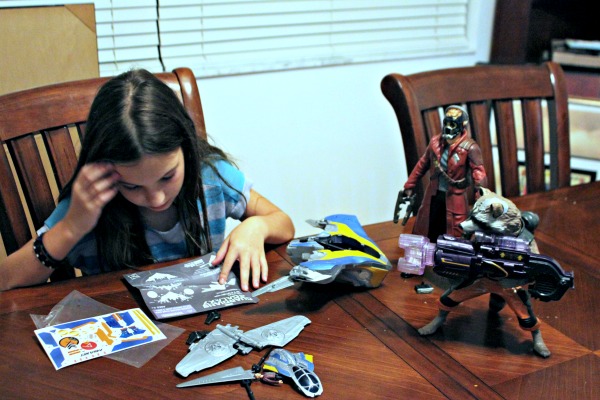 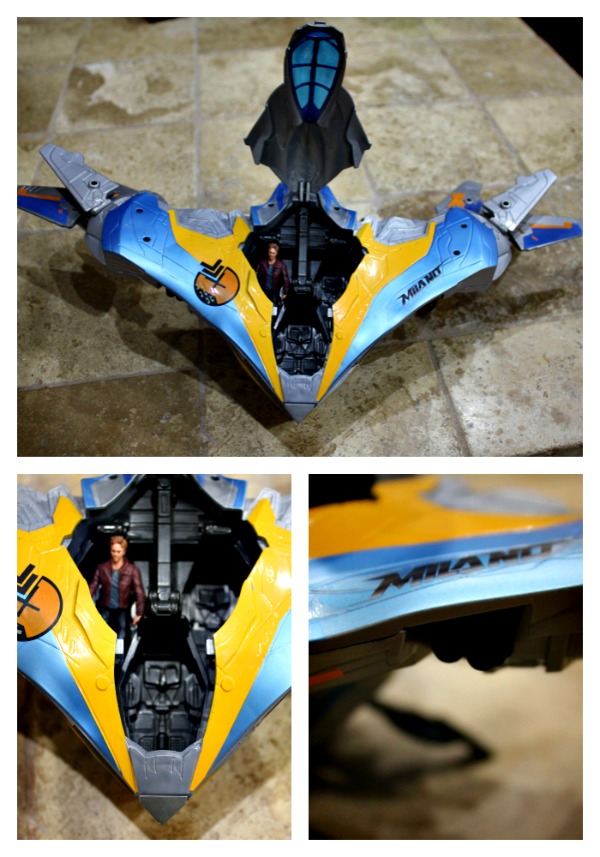 The other two characters we received and pictured in this photo are the Battle Fx Star-Lord and the Big Blastin’ Rocket Raccoon.

Born on Earth but drawn to the stars, Pete Quill became the interstellar adventurer know as Star-Lord. Equipped with his high-tech blasters, a dependable starship and a mix-tape of music from home, the headstrong Star-Lord must rally an unlikely team of interstellar misfits – Guardians of the Galaxy – for an all-or-nothing attempt to protect the cosmos.

Despite his diminutive stature and racoon-like appearance, the scrappy mercenary known as Rocket possesses a remarkable mastery of munitions and battle tactics.  but when an ominous threat leaves the entrie universe at risk, Rocket must bring his mechanical genius and ingenuity to bear as a member of the Guardians of the Galaxy. 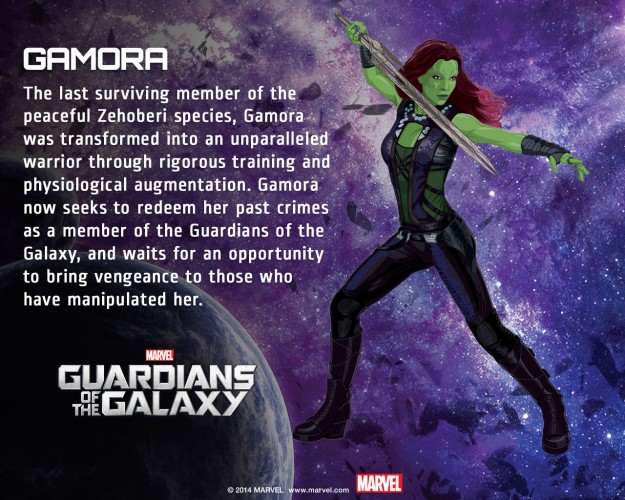 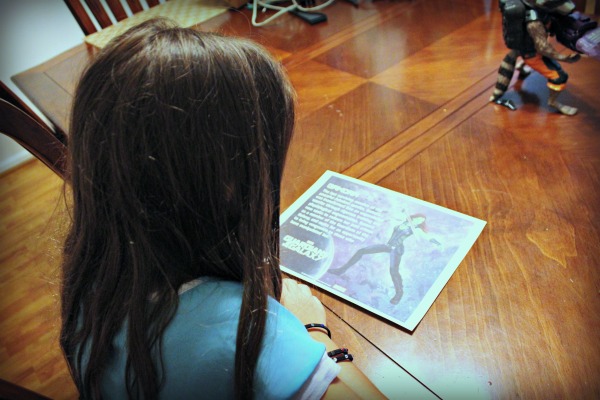 Post sponsored by Disney/Walmart but all opinions are my own.