I know you can’t see it through the computer but my face is glowing with pride. Really you could probably get a tan from it, it is shining so bright! 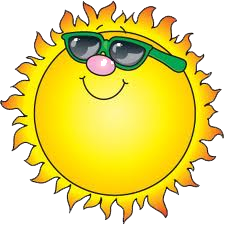 Nick is not my academic student, he is my athlete. I’m not saying that to be mean or say he is not smart. He just has a harder time in school then his brother, however he excels at sports. School has been a little tough for him and at the end of 2nd grade after many test they said he had a borderline language disability.

I wasn’t happy to hear that but was relieved that some of the problems I encountered with him had roots, it was not my imagination. Now let me say there is nothing different about Nick, you wouldn’t know he has a hard time. Basically what they told me is he just has a hard time getting his thoughts across and sometimes his brain has a hard time computing what you are asking or saying.

In 4th grade the teachers were AWESOME and worked with him on many levels to the point that they decided he no longer needed extra help in 5th grade. They trained him how to ask for help, reword things and not try to fake it to get by.

He has been having an outstanding 5th grade year so far. He is on the safety patrol at school, which is an honor received by good grades and attitude. He recently got a 95% on a book report (he HATES reading), granted I did help him, and he does well despite a few remarks about his excessive talking and lack of using his time wisely (he is SOOO the social butterfly.)

One thing I’ve noticed this year is an abundance of friends. It seems Nick is invited to every party, or sleep over, or an outting. One friend took him to a Dolphins game, one friend took him camping, and many times he is out the whole weekend at someone’s house. He has such a glowing personality that people just navigate to him.

However the reason for this long winded post is that Nick, my not so academic son was awarded first place on his science fair project in his class. From their they are sent to another panel of judges who decide who moves on to the county level. Can I say WE ARE GOING TO COUNTY BABY!

Out of 500 science fair projects 12 are selected to move on to county and Nick’s project was one of him. See now you can imagine my glowing face can’t you? I’m so proud of my son and I hope he is able to win a ribbon, but I’m excited for him in his accomplishment because it was well earned!