Home » Blog » Will You Vote For My So Good So Sweet Moment? Or Leave a Comment
As an Amazon Associate I earn from qualifying purchases.

PLEASE VOTE FOR ME, CLICK HERE.
With your vote you are entered to win one of 5 great prizes! 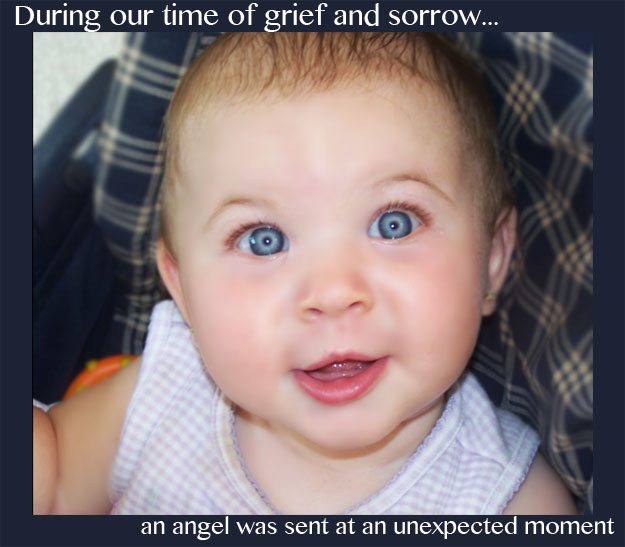 When asked to recount an unexpected moment shared with family and friends there is one moment that cascaded into additional moments that immediately came to mind. That moment was the second I saw a plus sign on a pregnancy test and telling my family and shining a light on a very otherwise difficult time for all. Let me back up and explain the story from the beginning.

My stepfather after 14 months of fighting succumbed to cancer on February 17, 2005. My stepfather and mother had been married for well over 20 years, I can’t remember a time when he was not part of my life. My husband, on the day of his memorial, said we should have a baby girl and name her Ericka James. Now this was unexpected our boys were 4 and 7 at the time and we never discussed having any more kids. I said it was a sweet thought as the name was based on my stepfathers name of James Eric, even though he went by Rick.

About two weeks later I found myself one night in my bathroom taking a test, my husband had no clue. I was positive it was going to be negative it was a last test because I had been meaning to go to the doctor and make some decisions and just hadn’t made that appointment. As I said there were no plans for a third child. My shock of a positive result stays with me to this day. Normally I would have waited weeks to tell family, to make sure all was well. However with my family grieving and in need of some good news I called my mom immediately who was surrounded that night by brothers and sisters. Here immediate reaction was, “Rick sent us this child.”

I honestly believe in my heart with out a doubt that my baby girl was sent to me from my stepfather. She was sent to help mend our hearts and bring joy to my mother who only had two grandsons at the time, no baby girls. She raised two daughters, so girls are her thing. Five months later my sister unexpectedly became pregnant. When I say unexpected it is because she believed as did the doctors that it was going to take a lot of effort for her to become pregnant when she decided to do so. Collin James was born just one year and one month to the day after the passing of my stepfather. My daughter is named E’rick’a after her stepfather and is spelled as it is to incorporate his more known name ‘Rick’.

This was just one of many surprising moments shared with family members during this pregnancy. With some calculations done later one it was suspected that my baby girl was conceived within a day of my stepfathers passing. One day my mother and I were cleaning out my stepfathers nightstand and she found my own baby ring in the back corner of the drawer. We have no idea why my ring was in his nightstand but I told my mother when she showed me that it meant we were having a girl. At our ultrasound appointment, when the technician told us we were having a girl my husband showed no excitement. I thought that was odd and asked him if he was excited about finding out he was having a baby girl. He replied, “I thought we already knew it was a girl?” The technicians results had no effect on him because he knew already it was going to be a girl.

From that shocking moment of seeing a plus sign, to telling my mother in a time of much grief. From finding a sign tucked back in a drawer to the knowing that my baby girl was sent as a gift from my stepfather. This unexpected moment in time, nine months of unexpected moments, remains the most memorable of all and the story will stay with me to tell when my baby girl is having her own baby one day. I can tell her again that she was sent as a gift from her grandfather. That she was the surprise and the sun that shone that day so many years ago. 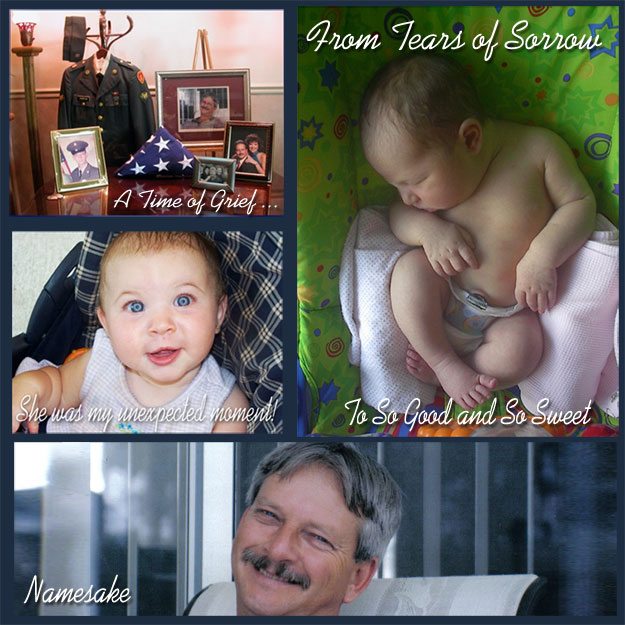 PLEASE VOTE FOR ME, I WOULD LOVE YOUR SUPPORT.
With your vote you are entered to win one of 5 great prizes!

Grand Prize (1): Chef services for a holiday celebration: $1,500 – based on 1 chef for 2 hour meal, food costs not included.
First Prize (1): Personal organizer: $1,500 (towards an in-home consultation + product)
Second Prize (1): House cleaning services: $800 – 2 visits max – varies per location of winner.
Third Prize (1): American Express Gift card: $500
Fourth Prize (1): Flip Video UltraHD Camera: $20
Win one of five great prizes, such as chef services, house cleaning, Flip Video UltraHDcamera and more from KFC! Vote for my sweet unexpected moment below! You can vote once per day, check out mine and other sweet moments at www.sogoodsosweet.com!

Win one of five great prizes, such as chef services, house cleaning, Flip Video UltraHDcamera and more from KFC! Vote for my sweet unexpected moment below! You can vote once per day, check out mine and other sweet moments at www.sogoodsosweet.com!

Celebrate the little things! For a limited time, get a free Double Chocolate Chip Cake with the purchase of a 10-piece meal or larger at KFC.

This is a sponsored conversation written by me on behalf of KFC. The opinions and text are all mine. Official Sweepstakes Rules