Home » Blog » South Florida Greeting In the Form of a Hurricane or Two
As an Amazon Associate I earn from qualifying purchases.

I’ve lived in Florida must of my life, we moved here when I was seven. I grew up primarily on the West Coast in the Tampa Bay Area until we moved (that is another whole story in itself). I met my husband in Virginia and we eventually moved our son and ourselves back to Florida. We ended up in South Florida in 2003 to move closer to my parents.

Before moving to the South area of Florida I do remember experiencing one Hurricane when I was young. Hurricane Elena, sent my family packing up north as we were under mandatory evacuation. The roads and bridges were flooded and my family and I stayed in Jacksonville with my grandmother until we could return home.

Elena’s unusual path through the Gulf of Mexico, which included a loop, prompted many to evacuate from the coastline. Due to its powerful winds, Elena caused $2.7 billion in damage (2005 USD), primarily in property damage. The hurricane caused extensive beach erosion in Florida, while powerful waves damaged the oyster crop. Hurricane Elena was responsible for no direct deaths, though four people were indirectly killed due to the storm. 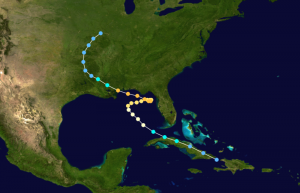 It was in 2004, after our move to South Florida,  that we experienced a Hurricane or two, or more all in the same year.

Minus a very slow start, with the first storm forming almost two months after the season began, the season was highly active. A record 8 storms formed in the month of August, which ties a few other seasons with the amount of storms that formed in month, the majority of them in September, such as September 2007, which had 8 named storms. The season was unusual, in the fact that a weak El Nino was in place throughout the season, which hinted the late start, but the season was actually above average, even though historically El Nino limits the development of storms in the Atlantic basin. 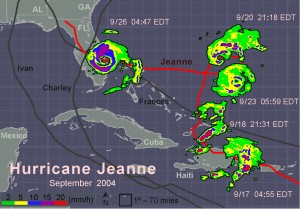 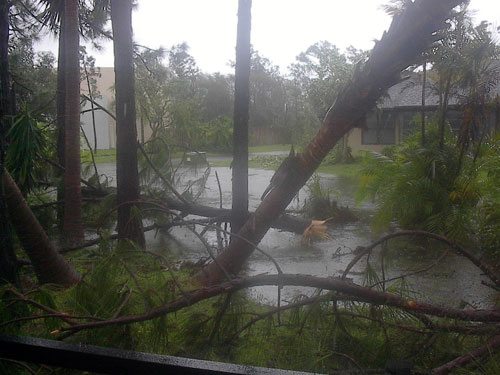 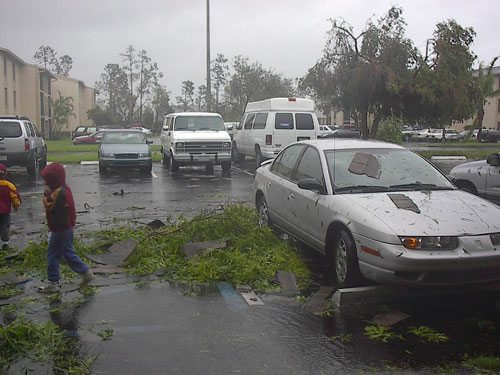 Hurricane Jeanne did a loop-da-loop and circled back aiming directly for South Florida. I still can not believe the path it took. 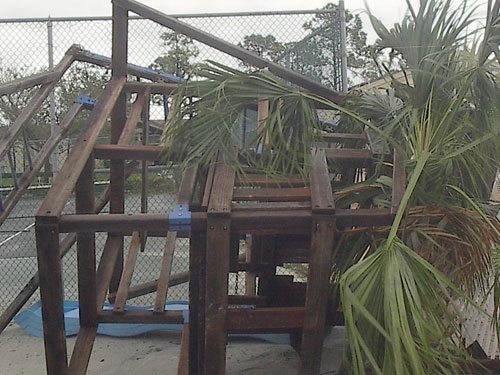 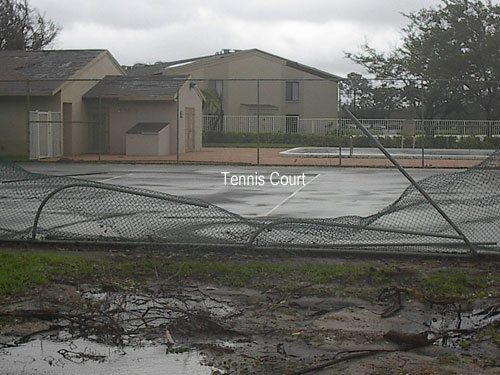 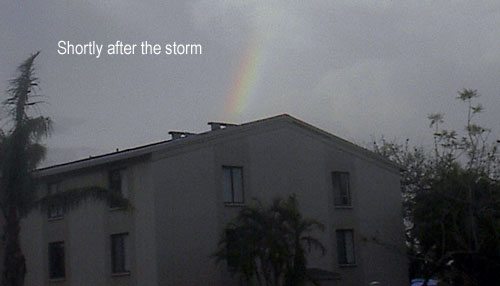 The following year 2005 seemed to be just a bad as 2004. The difference this year…I was pregnant and figured I was safe with a due date of November 7th. We usually get our storms towards the end of August beginning of September usually by October and November it is much calmer even though we are still in hurricane season. My daughter, due November 7th, was scheduled for delivery November 1st. Third child, third c-section, it was mandatory. One week before I was to go out on maternity leave and we experienced Wilma.

The 2005 Atlantic hurricane season was the most active Atlantic hurricane season in recorded history, shattering numerous records. The impact of the season was widespread and ruinous with an estimated 3,913 deaths and record damage of about $159.2 billion. Of the storms that made landfall, five of the season’s seven major hurricanes—Dennis, Emily, Katrina, Rita, and Wilma—were responsible for most of the destruction.

Before Wilma though was Katrina. Katrina hit us more South then my location, but as we all know became one of the deadliest Hurricanes in the Gulf of Mexico. 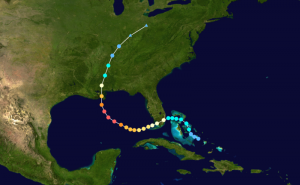 As mentioned one week before my maternity leave was to begin on October 24, 2005 Wilma hit South Florida coming from the west to east. This hurricane hit directly in the area I worked. Our office was shut down for a week, and I didn’t return back to work until 2006 after Honey was born. Thankfully for us we lived on a grid with quick access to electric and were only out of power for 18 months. With me not having to travel to work and my husband less then .25 mile down the road we also were not in need of gas. Basically I just waited to see if I would go into labor before my scheduled c-section (which I did not).

Hurricane Wilma was the most intense tropical cyclone ever recorded in the Atlantic basin…Intensity slowly leveled off after becoming a Category 5 hurricane, and winds had decreased to 150 mph (240 km/h) before reaching the Yucatán Peninsula on October 20 and 21. After crossing the Yucatán Peninsula, Wilma emerged into the Gulf of Mexico as a Category 2 hurricane. As Wilma began accelerating to the northeast, gradual re-intensification occurred, and the hurricane became a Category 3 hurricane on October 24. Shortly thereafter, Wilma made landfall in Cape Romano, Florida with winds of 120 mph (190 km/h). As Wilma was crossing Florida, it had briefly weakened back to a Category 2 hurricane 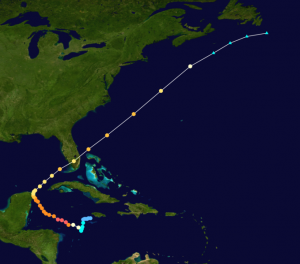 With four hurricanes and many other small hurricanes and tropical weather in those two years both of my boys thought anytime it rained and was windy that we must be having a hurricane. I also noticed after the first hurricane season that my body began to condition itself to respond to loss of electricity with panic. The first time I was home later in the year and our electric went out (due to some work being done), immediately my body tensed and my heart started to pound before I could send the signals that everything was fine.

Despite the damage that hurricanes can cause and the possible loss of life (if warnings are not heeded) I will take a hurricane any day over living in an area with earthquakes, tornadoes, fires, avalanches, or tidal waves. At least with hurricanes you have enough warning to get out of the path. What you are left with is the aftermath of property damage, though heart wrenching is much easier to deal with then the loss of life.

This post was triggered by the recent tropical weather in the Atlantic as we all wait to see what Tropical Storm Isaac does. It appears so far in our area if it follows the current path we make get some wind and rain.

« Does Your Child Have Sleeping Issues?
My New Commitment to Me! »