Home » Lifestyle » Events/News » Do You Know a SportsKid of the Year?
As an Amazon Associate I earn from qualifying purchases.

SportsKid of the Year

Each year, SI Kids honors one special kid who demonstrates outstanding sportsmanship through his or her accomplishments on the field, in their classrooms and in their communities.

I love that Sports Illustrated is reaching out to find kids that embody such wonderful attributes. In a world when we shy away from awarding any kid for fear of hurting others this is a refreshing change of pace. The story of last years nominee(s) and winner(s) is heartfelt. Yes last year their were two winners, Conner and Cayden Long, brothers.

Their inspiring story of brotherly love stems from a desire to compete side-by-side in sports, even though Cayden was born with cerebral palsy and cannot talk or walk on his own. Since 2011, the Long brothers have competed in more than a dozen triathlons. Conner pushes Cayden in a stroller during the run portion, pulls Cayden in a raft in the swim, and pulls him in a trailer during the bike race.

What an honor for both the nominees and parents of such a wonderful award. The contest is open to all kids between the ages of 7 and 15. Contestants will be judged based on sports accomplishments, academic achievements, and community service.

If you know a SportsKid of the Year then I strongly urge you to nominate them today. Nominations will be accepted until October 7, 2013 and you can do so at SIKids.com 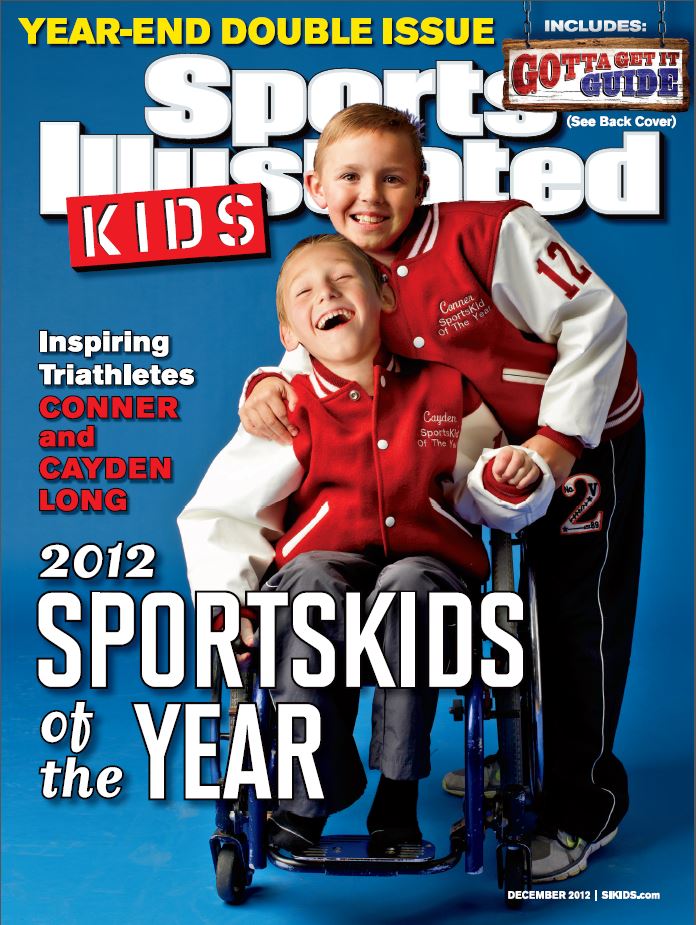 If you have a young sports fan then I encourage you to subscribe to SIKids!

« Less Time in the Kitchen More Time for the Family
Join Us For Lee National #DenimDay on October 4, 2013 »