Home » Lifestyle » Entertainment » Movies » The Muppets Most Wanted Movie Loved By All Ages
As an Amazon Associate I earn from qualifying purchases.

If you ask a 4 year old or a 55 year old who Kermit is, it is very likely you will get the same answer, that wonderful green puppet frog.  Well he is back, The Muppets Most Wanted movie just started  playing in theaters. I grew up as did my girls watching and learning from Kermit and Miss Piggy. Who doesn’t love these adorable puppets. 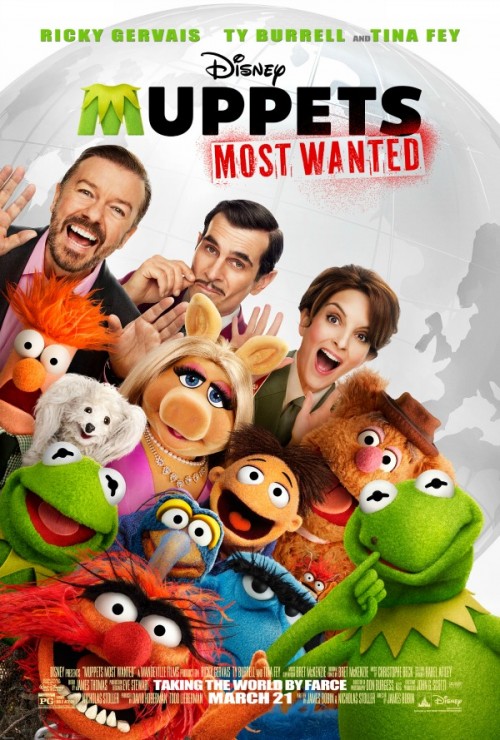 The Muppets, which were created by puppeteer Jim Henson, and have been on television since 1955 when Sam and Friends, aired a very early version of Kermit the frog. Since then, they have appeared in dozens of other programs and “The Muppet Show,” ran from 1976 to 1981.

I am a longtime fan of the amazing puppets and am so excited that I can go watch them once again with the youngest generation of moviegoers like my grand children and to make things even more exciting you can download a coupon for Lipton tea products available at Target stores nationwide by watching this video bit.ly/NEKsG1. 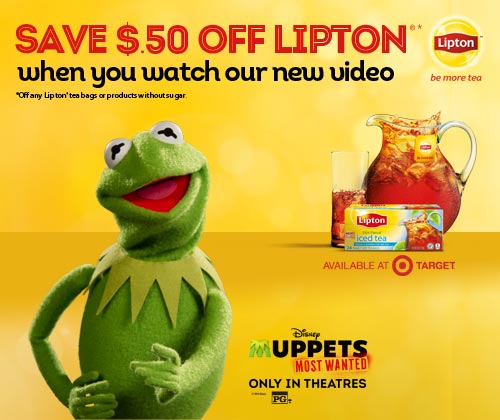 You can also enter to win 1 of 10 daily pairs of movie tickets, to see Muppets Most Wanted in theaters once you watch the video! 10 pairs of movie tickets are given away daily, Woo Hoo increasing your chances of winning! You can find the official sweepstakes rules at http://bit.ly/1qDxCkE 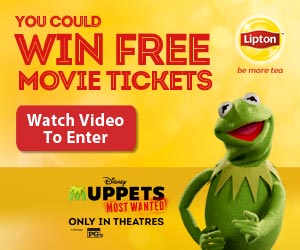 I can’t wait to take my grandchildren, get a nice cold Lipton ice tea, popcorn, chocolate raisins and watch The Muppets come alive on the big screen. Hurry for a chance to win two free movie tickets and save on Lipton Tea at Target. I just don’t know which one is my favorite Muppet,  probably Miss Piggy she seems to get what she wants, but then Kermit is just so sweet.

Which one of these adorable Muppets is your favorite?

Connie Thompson: I am a mother of two beautiful, talented and successful daughters, one of them being the Smile behind the Blog. I have 4 very loving, smart and busy grandchildren, 3 boys, Christopher, Nicky and Collin and the one and only granddaughter as Honey often reminds me. I am extremely passionate about the ocean and go as often as possible, a great Sunday to me is sitting on the beach reading a good book catching up on some Vitamin D. I also love shelling which is evident when you walk into my home or office because there are many beautiful glass vases full of different shells I have collected. Besides shelling, the beach and family time I enjoy boating, working out and going to church. I try and live my life with a positive attitude remembering, "Everything happens for a reason" and "Everyday is a gift".