Two things my husband loves (two only if you aren’t counting me of course) are watches and cars. So when he called me Friday to tell me he had two tickets to the Barrett Jackson Collector Car Auction I knew I needed to come to terms with a day of car viewing. Yes my first reaction was “great we get to look at cars, so exciting” (that my friends was sarcasm). However knowing that it was something HE wanted to do I decided to make the best of it. One good thing for me was I was easily going to get in my 30 minutes of walking and then some to complete day 12 of the 28 Walkabout Challenge I committed too.

We got up early Saturday and headed down to the fair grounds, all five of us, for a little family fun and some car viewing. This was a great way to start off the day! 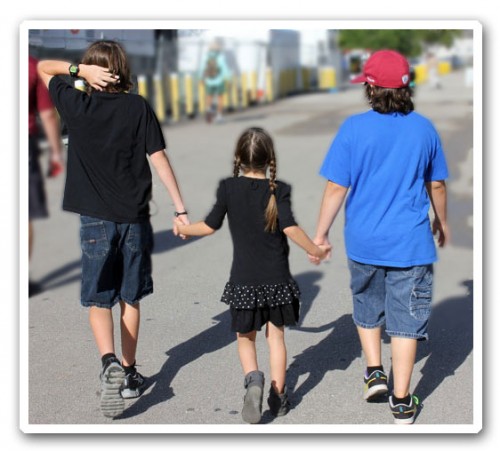 I had to take a photo of Nick and this car because anytime I see lime green I think “That is Nicky!” He loves bright colors and being different. He admitted he loved the color! 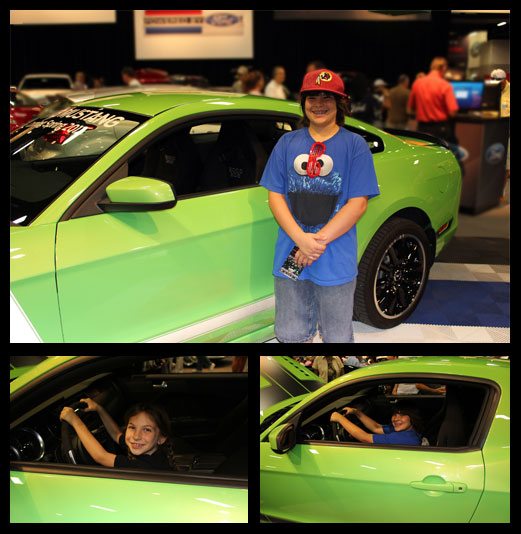 Anytime there is an event like this there are tons of vendors asking for sign up and giving away free “swag”. At the Bridgestone tent there was a driving competition with the winner receiving a sony entertainment package. The driving game was a 3D race. When we left the tent the first place winner was at 1.31. Let’s just say we didn’t come close. Actually I was bet my mine own son which doesn’t say much for my driving skills. Scores: Bud 2:12, Mom 2:20, Nick 2:43. We couldn’t convince my hubby to join in, though he definitely was a back street driver while the three of us played. 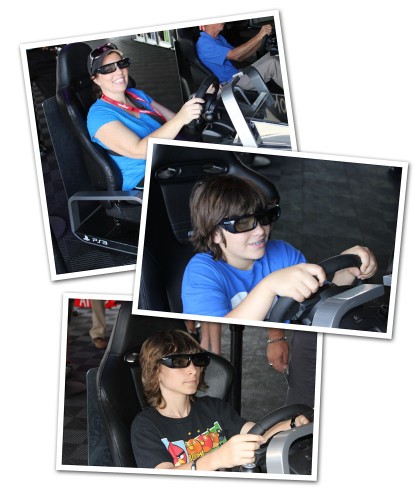 I took a lot of pictures of cars, after all it was a car show/auction. I won’t bore you with the lot of them but here are a few that I thought were interesting.

I loved the flames on this one. 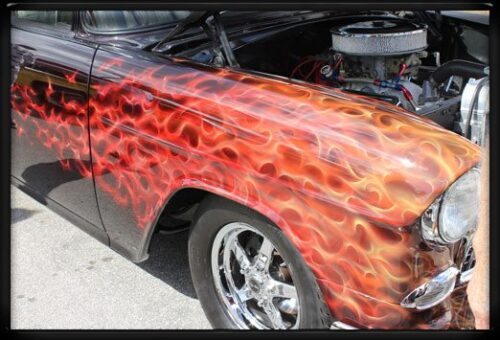 This one had the iridescent paint over the white which was subtle but pretty cool. 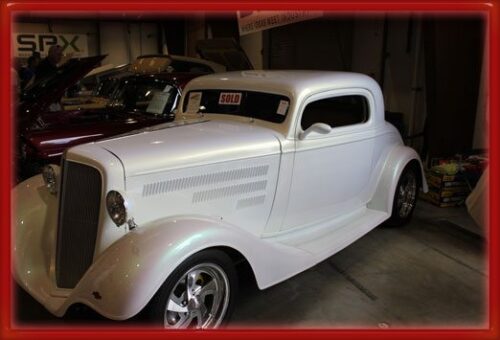 This one I thought was “Honey” how I could see her driving this one day. 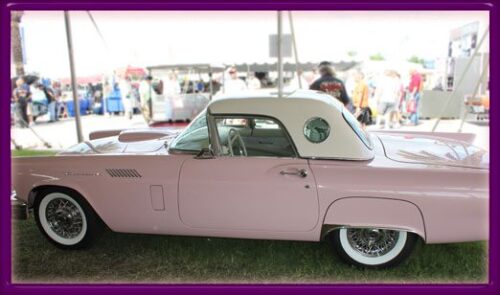 Despite a few “when are we leaving” and “is it time to leave yet” complaints from the children overall it was great to get out of the house and spend a little family time together. The boys got to race some pretty cool remote controlled bumper cars with the cost of the activity going to St. Jude’s. Some of the auctioned off cars profit when to charity. My favorite car of the day was this one. Two of these were sold for charity together the two cars brought in $950 thousands dollars! 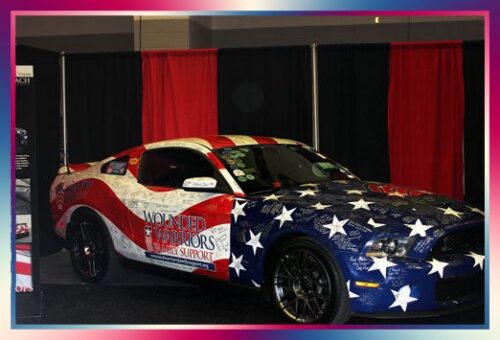 As for my Walkabout it was a great opportunity to get in much enjoyed walking on a beautiful sunny Florida day. By the end of the day I had taken 9761 steps and traveled a distance of 4.09 miles. This was a great day to get in enjoyable exercise with my family.