Home » Blog » Why Didn’t I Think of That!
As an Amazon Associate I earn from qualifying purchases.

This humorous story comes to you from the depths of my sisters frustration and despair.

I mentioned some time ago about how she won a trip to Australia. Well that trip is taking place in September. It is two weeks that her and her husband will be in Australia while her son is just starting kindergarten.

Despite the fact that everything will be ok when she is gone of course she wants to make sure to she can talk to her little boy each day. So she does what any person planning traveling internationally would do and she calls her cell phone carrier.

She calls me starting to get a little freaked out because she was told their phones were not capable of this feature. The woman on the other line was not all to helpful about what she could do otherwise. Keep in mind tech talk to my sister is like talking Greek. She can run a restaurant in her sleep but when it comes to computers, technology, and all that jazz…well that is what I’m for. 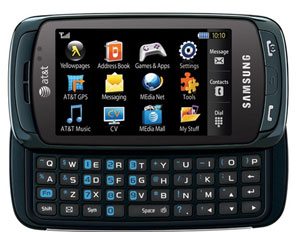 So I gave her some options about what I thought she could do and she went on her way. By Thursday morning she had already talked to her cell phone carrier once again and was getting ready to call them back. She was extremely frustrated and getting more worried by the minute that she was going to be out of touch from her little boy for almost two weeks if she didn’t find a solution.

Exasperated she called my mother to explain the whole situation (my mother is the one that will be watching her son). My mother listen to everything she said and calming then said,  “Well….can you just call us from the hotel?”

My sister just sat there for a second like a deer in headlights and said, “You mean like from an actual phone?” 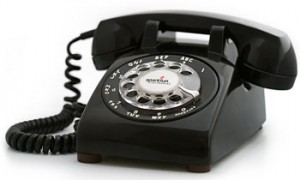 After all the frustration and freaking out not once had she (or I for that matter) thought about the fact that she would actually have a land line in her bedroom to make calls.

Why didn’t I think of that? Technology has changed our way of thinking that is for sure!