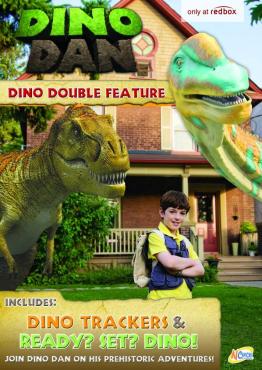 One of my favorite forms of child play is seeing children use their imagination. Creativity and imagination is the something that many of us lose as we grow and logic, bills, and responsibility take over our lives. Gone are the days of being a princess, a pirate, or a dinosaur! Instead we are worried about what is for dinner, how to pay the bills, and making sure our children are taken care of. So while your children are young I think it is important to encourage imagination and creativity.

My oldest son is not much the “imaginative” child. He is creative, but very logically and I don’t think for him imagining something was a concept easy to understand. My youngest son is the total upset. I remember vividly one day watching my son at the age of about 5 playing by himself in the front yard. He was a pirate looking for treasure. He had NOTHING, no props, no sword, no dress up. It was just his mind and his body. He was racing around the yard hiding behind trees. He was fighting with a fake sword and consulting his treasure map. It made me happy and I smiled at the innocence of my son and how imaginative he was and I vowed then to try help him keep that with him as long as possible. 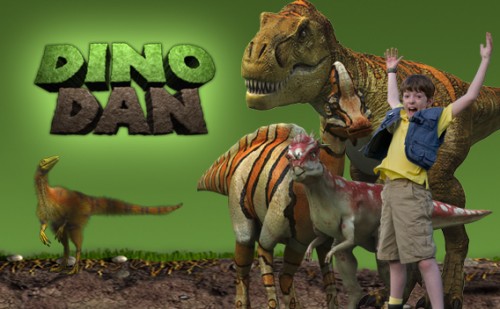 Let me introduce you to a movie that is sure to ignite your child’s imagination. When I mentioned to my daughter that we were going to rent and watch Dino Dan : Dino Tracker & Ready! Set! Dino! she already knew all about Dino Dan.

Follow the adventures of paleontologist-in-training Dan Henderson as he imagines dinosaurs into the real world! In this special double feature, join Dan as he races a T-Rex and a Spinosaurus to see who’s a faster carnivore, makes dancing in gym class fun using different dinosaur movements, and learns all about teamwork from his dinosaur pals. Dan uses the scientific method to gather clues and solve mysteries.

Dino Trackers contains five episodes: “Name-A-Saurus”, “To Flee Or Not To Flee”, “There’s A Compsognathus Under My Bed”, “Dino Trackers”, and “Mini-Dino”. It also contains a couple of bonus features: “Are We There Yet? Wolrd Adventure”, “Dino Dan Field Guide: Diplodocus”, and “Dino Fact Finder: Stegosaurus”. All of these episodes have previously aired on TV.

I had never seen this show before we rented it at one of our nearest Redbox. I really enjoyed the CGI dinosaurs. I still love cartoons but I love when children shows use real actors and incorporate CGI. What is wonderful is how much children can learn from Dino Dan. He uses his imagination and creative mind to solve problems. In addition the shows are full of facts that young children soak up. Now is the time to stretch their brains as they are sponge and soak up information readily and easily.

Ignite your child’s imagination this summer! Rent Dino Dan: Dino Trackers / Ready? Set? Dino! and other Family Fun movies & games from Redbox this summer and you could win one of three family vacations, including a trip four to Toronto for walk-on role in Dino Dan (if you rent before 7/8)! Official Sweepstakes Rules

1. Rent a participating movie or game at a Redbox kiosk before 8/27 and enter your email at check out. Click here for a complete list of participating titles

3. Go here to find out how to enter without renting

This is a sponsored conversation written by me on behalf ofRedbox. The opinions and text are all mine.